After nine matches each, ATK Mohun Bagan are fourth in the ISL 2021-22 table with 15 points courtesy four wins and three draws, while Odisha FC are seventh with 13 (four wins and one draw). 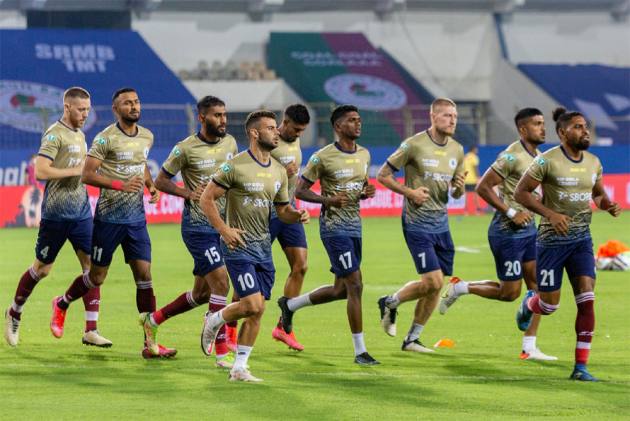 ATK Mohun Bagan will aim to continue their push for an Indian Super League (ISL) 2021-22 top-two finish under new boss Juan Ferrando, who joined the former champions under controversial circumstances from FC Goa. The Mariners face a buoyant Odisha FC side, who are also chasing a play-off spot this season. (More Football News)

The two teams clash at the PJN Stadium, Fatorda in Goa on Saturday. The match starts at 7:30 PM IST and it will be televised live on Star Sports channels. Fans can also stream the ISL matches live on Disney+ Hotstar platforms.

ATK Mohun Bagan haven't lost a game under Ferrando. The Spaniard has steadied the ship after a string of poor performances that pushed them out of the top four. In their last outing, the Mariners were held to a 2-2 draw by Hyderabad FC but two wins before that ensured they stayed inside the top-four.

The goals have kept coming for ATKMB but their porous defence is a concern and Ferrando will look to get his backline in order against a strong Odisha attacking line. ATKMB have conceded 18 goals in their nine matches so far, keeping just one clean sheet. Custodian Amrinder Singh has looked off-colour, to say the least. His gaffe in the last game handed Hyderabad's Bartholomew Ogbeche his ninth goal of the campaign.

"In my point of view, I think for everybody the problem is when you have no chances. We have chances. Of course, we have (had) 20 chances. I think it is good for the squad. But in case you have no chances, this case is difficult," Ferrando said, taking confidence from their last match.

"We'll see. We have prepared one plan. We'll see what happens. We decided this plan to find the best lineup," said Ferrando on being asked if both Roy Krishna and David Williams can start together.

The return of Sandesh Jhingan from Croatian side HNK Sibenik is good news for the Kolkata giants, but the Indian defender, who had formed a solid backline with Tiri last season, will take time to get into the playing XI.

Odisha saw their captain Vinit Rai jump ship to defending champions Mumbai City FC on loan until the end of the season. Jerry Mawihmingthanga has been tasked to lead the side and the wide midfielder has been in red-hot form too. Jerry scored twice and provided one assist in Odisha’s win over Mumbai as they snapped a 4-match winless run.

"They (ATKMB) are one of the biggest teams in ISL. So after the draw, they will be hungry for winning. Of course, it is good that lot of teams get a chance to be in the top 4 also I have to understand the format of the competition. We have a match every 3-5 days. This makes it tough for every team. I think it's good for the competition," Head Coach Kiko Ramirez said, conscious of the opponents on Saturday.

After nine matches each, ATK Mohun Bagan are fourth in the ISL 2021-22 table with 15 points courtesy four wins and three draws. Odisha FC are seventh with 13 (four wins and one draw).