Juan Ferrando was the head coach of FC Goa until he was roped in by the two-time ISL champions ATK Mohun Bagan following the departure of Antonio Lopez Habas. Ferrando made his ATKMB debut with a win over NEUFC. 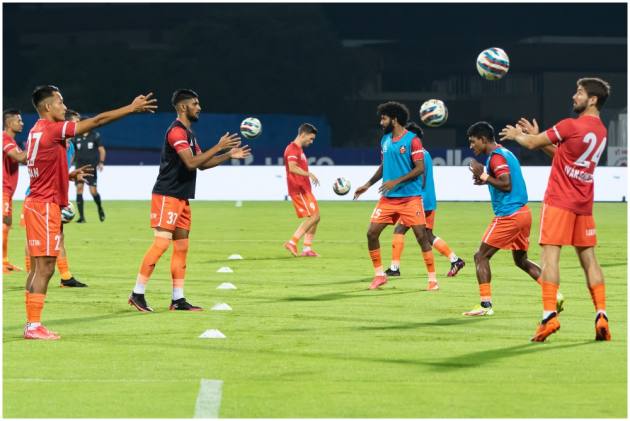 Juan Ferrando will find himself in familiar surroundings, albeit in different colours as he vows to put emotions aside when ATK Mohun Bagan take on FC Goa in the Indian Super League (ISL) 2021-22 in Fatorda on Wednesday. (More Football News)

Ferrando switched allegiances from Goa to ATKMB earlier this month after Antonio Lopez Habas parted ways with the Mariners on the back of a few disappointing results. Ferrando got off to a winning start as ATKMB beat NorthEast United 3-2 but against FC Goa, the Spaniard will be up against a side he knows like the back of his hand.

Derrick Pereira took over from Ferrando and has worked with the latter closely at Goa but on Wednesday the seasoned Indian tactician will aim to get the better of his former colleague in order to get Goa's ship back in order.

For the Mariners, Ferrando's in-depth knowledge of the opponents will help immensely. The 40-year old will also have spent a lot of time with his new team at the training park and is expected to lay out his blueprint on them.

In his first match in charge of ATKMB, the Mariners’ played with more freedom and put on one of their best attacking displays this season. Ferrando will want an improvement especially when it comes to defending from set-pieces. They have already conceded 15 goals in their 7 matches so far.

A particular cause for concern of late has been their defending in set-piece situations. Of the 15 goals they have conceded this season, nine have come from set-pieces. No team has shipped more goals from set-pieces this season.

However, Ferrando sounded emotional facing his former side. “It is difficult for me to explain my feelings. A lot of things changed in two days. It is always difficult to accept changes. Sometimes it is necessary to take these decisions. For me, it is about now putting in the hard work at ATK Mohun Bagan,” he said.

“It is strange preparing your team against your former team. Normally, you have time but in this case, it is very difficult. I don't know, for me, there are confused feelings, mixed emotions but I am professional and I will try to do my best to win the game," said Ferrando.

Goa recovered from a torrid start to the season to win two games on the bounce under Ferrando but have since then dropped points against Hyderabad FC and Odisha FC. The Gaurs are placed eighth in the points table with the same number of points from seven matches.

A win on the morrow will hurtle take them back in the middle half of the heap and go level on points with ATKMB who have 11 points from seven games and are sitting fifth in the table.

For Goa, there is good news in the form of Jorge Ortiz who will be eligible for selection after missing two matches through suspension. In his five appearances this season, he has scored one goal and provided three assists. However, striker Airam Cabrera has been ruled out with a hamstring injury.

“Our philosophy won’t change. We might do minor tweaks here and there but I am sure if we put our focus for the 90 minutes, we will get a result. Overall, it is a process, the team has been doing well after the first three games. We are going to improve as a team,” said Derrick Pereira.