Former champions Bengaluru FC are on a wretched six-game winless run in the ISL 2021-22. They are 10th in the 11-team league with one win from seven. Jamshedpur FC are third with three wins from six. 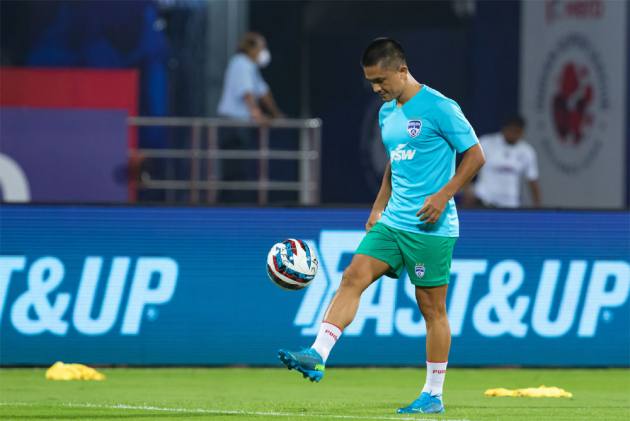 Seeking a return to winning ways, Bengaluru FC will have their task cut out when they take on Jamshedpur FC and their scintillating forward Greg Stewart in the Indian Super League in Bambolim, Goa on Monday. (More Football News)

Former champions Bengaluru are on a wretched six-game winless run, managing to pull off a draw against ATK Mohun Bagan in a thrilling encounter that ended 3-3.

The Blues showed character in the game and that should boost their confidence, but in Jamshedpur, they will have more than a formidable opponent to deal with.

Bengaluru are placed 10th in the 11-team table, having five points from seven games.

Jamshedpur are at the other end of the table, sitting third with 11 points from six games. A win on the morrow will take them to within one point of Mumbai City FC although the league leaders will have a game in hand.

For Bengaluru, it will be all about getting back the momentum and climbing up the ladder.

"Our mentality was good, the creativity was good and the offensive transition was good. There were many positives, but what we need to improve is our defensive organization and that's why ATKMB had a lot of corner kicks against us," Blues' head coach Marco Pezzaiuoli said.

"You can see the morale in the team, we fought until the end in that game. Danish (Farooq) was on the scoresheet, which gives him motivation. We are in a process, where we send young players onto the pitch and I think it gives a lot of energy going into the next match," he added.

The game will also see two teams with contrasting styles of play crossing swords. Bengaluru under Pezzaiuoli have transitioned to possession-based football while Owen Coyle's Jamshedpur are a side that tends not to keep the ball as much.

Bengaluru are likely to keep the majority of possession while Jamshedpur sit back and attack quickly when they win the ball.

For the Blues, Prince Ibara has been in good form and that augurs well for their attack. But Jamshedpur have Stewart who scored a hat-trick the other day to announce his arrival in the league.

The Scottish forward has four goals and four assists in his six games for Jamshedpur this season. No other player has more goal contributions than him this season.

Jamshedpur attack is now one of the most feared attacks in the league this season. They scored four goals in the first half of their last match and have taken their goals tally to 13 for the season. Only Mumbai City FC have scored more goals than them this season.

"It will be a tough game against Bengaluru. Of course, we feel we can win. They are a very good side," Jamshedpur head coach Owen Coyle said on the eve of the tie.

On Stewart, he said: "Greg Stewart is a wonderful player. That's why I got him to the football club. I told everybody in the pre-season about his qualities and it's nice when I am vindicated."