East Bengal are lying at the bottom of the ISL 2021-22 table with just two draws from five games. Kerala Blasters are high on confidence after getting their first win of the tournament against Odisha FC. 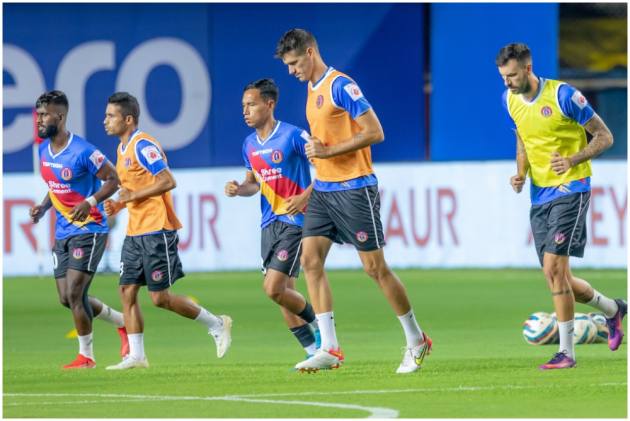 East Bengal’s porous defence will have another big challenge against attackers of a resurgent Kerala Blasters when the two teams clash in their Indian Super League (ISL) 2021-22 fixture at the Tilak Maidan in Vasco on Sunday. (More Football News)

By conceding 14 goals in five matches, the worst among the 11 teams, the Red and Gold brigade have been far from impressive in the top-tier league. The Jose Manuel Diaz-coached side had their best match against Chennaiyin FC when they held the Marina Machans to a goalless draw.

But they were back to square one, conceding a 3-4 defeat to FC Goa in their last outing, courtesy East Bengal’s porous defence. Having played half of their matches in the first leg, the bottom-placed East Bengal have just two points to their kitty and things can become worse if they're unable to buck the trend.

“We have played 5 matches till now and in some of them, we haven't converted our chances to win when we had the opportunity,” the East Bengal chief coach Diaz said ahead of their match. “Kerala Blasters have a compact team, have hard-working players and it will be difficult to beat them. It will be a complicated match.”

That their ace goalkeeper Arindam Bhattacharya is still to be recovered means Diaz has a tough task ahead against a team who have just picked up the momentum with their first win of the season, a 2-1 victory over a resolute Odisha FC.

“Arindam is still injured, we need to go step by step about him,” Diaz said. Giving further injury updates, the Spaniard said Jackichand Singh and Darren Sidoel are also down with injuries. “Jacki has been improving but is not in a state to complete a whole practice session. Darren Sidoel is out with a hamstring injury and we must be cautious about these injuries,” he added.

After suffering a defeat to ATK Mohun Bagan in the ISL 2021-22 opener, Kerala Blasters are now unbeaten from three matches. The Ivan Vukomanovic-coached side would look to continue their ascent to the top half of the table.

“It’s a nice feeling when you win, but the team wants to continue (winning). We want to play good football, to achieve certain things -- controlling the game, build up the atmosphere that we need to get a positive result,” the Serbian coach said.

“East Bengal are a good team and (with) the players they have now, their place on the table may be undeserved, but that's football. We are playing against a very good team, and it'll be a very difficult game,” he added.