While two-time Indian Super League champions Chennaiyin FC appear to be gaining in confidence, East Bengal have only one point to show from the three matches they played so far. Read Chennaiyin FC vs East Bengal match preview. 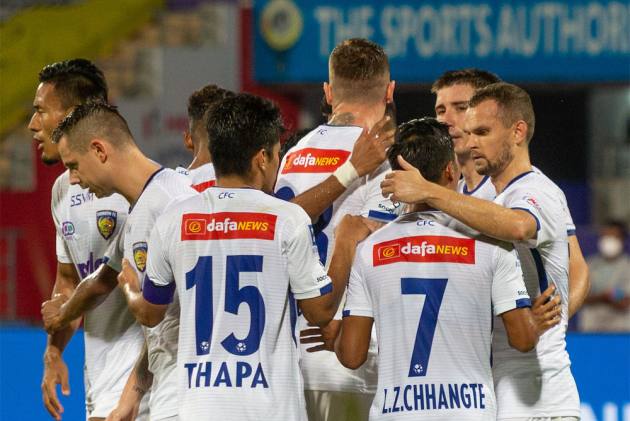 Chennaiyin FC will eye a third straight win when they take on a winless East Bengal in an Indian Super League match in Vasco da Gama, Goa on Friday. (More Football News)

While two-time champion Chennaiyin appear to be gaining in confidence, the East Bengal side has only one point to show from the three matches they played so far.

Also the Kolkata side has conceded 10 goals and the defence has looked shaky, which is something Anirudh Thapa and Co would take note of.

CFC defeated NEUFC in their previous game on Monday with skipper Thapa putting himself on the scorers list.

While, the captain would like to add to his tally he would also expect more players to find the net in the coming games.

Chennaiyin coach Bozidar Bandovic, however, made it clear they cannot afford to take any team lightly.

"First, of all, we go game by game. Opponents, they will be focussed 100 per cent, we need to be ready and we are ready for this," Bandovic said during a virtual media interaction.

"We have a chance to make it three wins in a row. We need to show respect to every opponent. Doesn't matter if the opponent has conceded 10 goals (so far)... we need to prepare and be ready for this game and with full concentration."

CFC is missing the services of influential mid-fielder Rafael Crivallero, owing to an injury but Vladimir Koman has proved to be a more than apt replacement and will look to make a mark after having indicated his intent to score in every game.

East Bengal, on the other hand, had drawn against Jamshedpur before losing to ATK Mohun Bagan and Odisha FC and they will rue their chances.

Coach Manolo Diaz had been critical of the team after the 4-6 loss to Odisha FC on Tuesday and he will be hoping that the team puts up a better performance against a side high on confidence.

The Kolkata giants will need their defence to tighten up and make sure they don't allow the opponents easy goals.

But it is easier said than done and a team low on confidence would require to be at their best to keep CFC at bay.