A win against East Bengal will send high-flying Hyderabad FC within touching distance of ISL 2021-22 leaders Mumbai City FC. Mumbai are on 14 points while Hyderabad are placed fourth at 11 points. 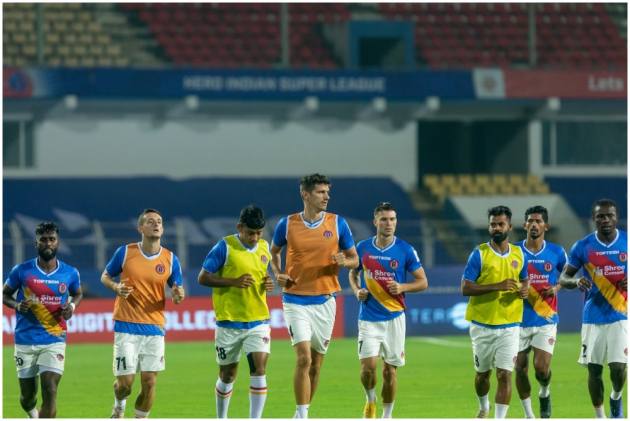 A confident Hyderabad FC will look to keep the juggernaut rolling and bridge the gap on leaders Mumbai City FC when they take on wooden spooners East Bengal in the Indian Super League (ISL) 2021-22 in Bambolim on Thursday. (More Football News)

Hyderabad are on a five-match unbeaten streak, the joint longest unbeaten streak this season along with Kerala Blasters. They have a game in hand and with a win against lowly East Bengal, they can move to the second spot with 14 points, one adrift of Mumbai who have 15 from seven matches.

The Nizams have looked one of the most balanced sides this season with attack and defence clicking in tandem. Australian forward Joel Chianese has been impactful for Hyderabad chipping in with one goal and two assists in 282 minutes this season.

Chianese has played as the second striker behind Bart Ogbeche and has rotated with Edu Garcia for a place in the starting XI. Hyderabad have conceded five goals in six league games this season, they boast the second-best defensive record in the league after Chennaiyin FC. Manolo Marquez will know all too well that this is their best opportunity to cut the gap at the top of the heap.

In East Bengal, they have a side who are on an 11-match winless streak (4 matches last season and 7 matches this season). East Bengal are a different story altogether. Jose Manuel Diaz’s men are at the foot of the table with three points from seven engagements.

They lost 0-2 to NorthEast United FC in their last encounter and also saw their best player, Antonio Perosevic, sent off. Centre back Franjo Prce also picked up a knock in the last game and Darren Sidoel is already nursing an injury.

The red and gold army are also without Jackichand Singh and Ankit Mukherjee which doesn't help their cause. East Bengal have been very poor defensively and have also lacked teeth in attack. Daniel Chima Chukwu has not lived up to his hype so far and the team cut a sorry figure in the second half against NorthEast United, who themselves haven’t looked great.