Derrick Pereira's appointment comes in after Juan Ferrando left FC Goa to become the head coach of another ISL side ATK Mohun Bagan in the middle of the season. Pereira has been with the club since 2017. 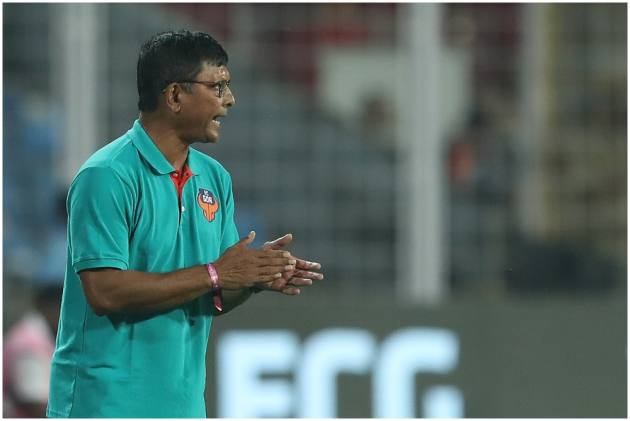 Ferrando had invoked his release clause to part ways with FC Goa in the middle of the season and the club had expressed surprise and also accused ATK Mohun Bagan of poaching.

Pereira, who is currently with the club as its technical director, had also taken charge of the Gaurs along with Clifford Miranda and Roma Cunillera during the fag end of the 2019-20 season after the departure of Sergio Lobera.

During his little time at the helm of the Gaurs, he took the side to the top of ISL table at the end of the 2018-19 league phase, paving the way for FC Goa’s qualification for group stages of the 2021 AFC Champions League.

The 59-year-old has extensive experience of working with the majority of players from the present FC Goa squad. A number of them have played under him during his stints at FC Goa while many more come through the youth ranks under his guidance.

Speaking of the task ahead, Pereira said, “It is a great honour to become head coach of a club I have been part of for so many years. It is a very proud day for both me and my family. This is a wonderful opportunity, but there is also a lot of work ahead of us and I am eager to get onto the training ground to start working with the players.

“I would like to thank the club management for this opportunity and thank the club's supporters for the incredible welcome they have already given me. I am very excited to begin our journey together.”

Pereira has been with the club since 2017, serving as the assistant coach in 2017-18 before taking up the role of the technical director at the beginning of the 2018-19 season. In this role, he headed FC Goa’s youth development, with three of his teams finishing as champions. He was also in charge of the India U-23 team in 2019.

He has previously managed Mahindra United, winning the National Football League in his maiden season. That established him as one of the premier coaches of the country as he went on to manage Pune FC, Salgaocar, DSK Shivajians and Churchill Brothers.