East Bengal, who had finished ninth last year out of 11 teams, have signed Spanish coach Jose Manuel Diaz for ISL 2021-21 season, which begins on November 19. 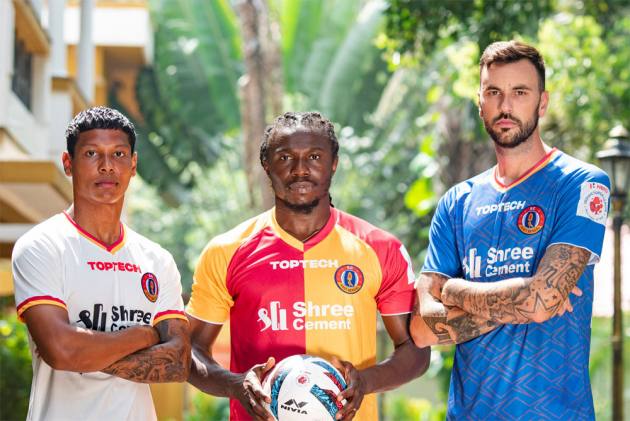 East Bengal on Monday announced a 33-member squad for the upcoming Indian Super League (ISL) in Goa, with the Kolkata club hoping to improve upon its disappointing performance last year under a new coach. (More Football News)

The Kolkata giants, who had finished ninth last year out of 11 teams, have signed Spanish coach Jose Manuel Diaz for this season, which begins on November 19.

"The squad has balance and a mix of youth and experience. We have players who have been there in the league from its inception. The foreign players have also played at the highest level and we believe the overall depth of this squad is good," said Diaz.

East Bengal will have ISL Golden Glove winner Arindam Bhattacharya in goal this season, having jumped ship from ATK Mohun Bagan. The likes of India international Adil Khan will strengthen the backline with Raju Gaikwad adding experience after extending his stay.

Former Perth Glory defender and Australian centre-back Tomislav Mrcela will marshal the troops from the back, supported by Croatian U-21 national team stopper Franjo Prce, who was part of Italian Serie A side Lazio.

The midfield has been bolstered by India U-23 international Amarjit Singh Kiyam who will have support from seasoned campaigners like Md. Rafique, Jackichand Singh and Bikash Jairu.

Ajax youth academy product Darren Sidoel and Slovenian midfielder Amir Dervisevic will also pull the strings for the Kolkata-based club, both having rubbed shoulders with some of the best in the business.

East Bengal will face Jamshedpur FC on November 21 to begin their campaign.