Odisha FC, who won their first match 3-1 against Bengaluru FC courtesy Javi Hernandez's brace, will hope to continue their winning run while East Bengal will focus on bouncing back after a defeat to ATK Mohun Bagan in the Kolkata Derby. 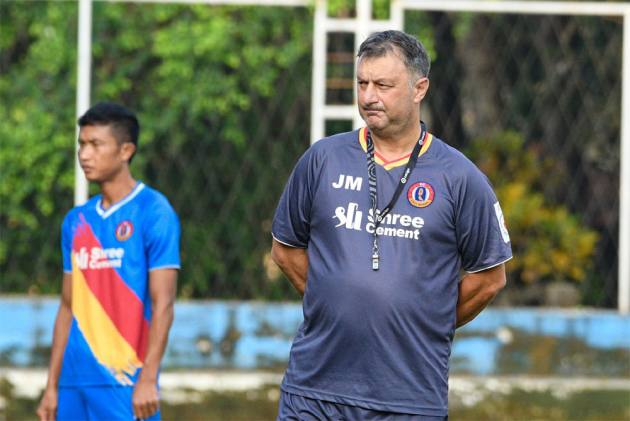 East Bengal will look to register their first win of this season's Indian Super League when they lock horns with high-flying Odisha FC at the Tilak Maidan Stadium in Vasco on Tuesday. (More Football News)

Odisha FC, who won their first match 3-1 against Bengaluru FC courtesy Javi Hernandez's brace, will hope to continue their winning run while SC East Bengal will focus on bouncing back after a defeat to arch-rivals ATK Mohun Bagan.

"Our only intention is to win and grab the three points," SCEB coach Jose Manuel Diaz said at the pre-match press conference.

The Kolkata Derby can be an exhausting experience for the players both physically and mentally and the SCEB boss rued the lack of recovery time.

"We have to make changes to the team that played against ATK Mohun Bagan because the starters of that match only had one day to recover," he said.

Skipper Arindam Bhattacharya is set to miss the game against Odisha FC after suffering an injury during the ATKMB match.

Suvam Sen, who impressed after coming off the bench, will be handed a start, Diaz confirmed on Monday.

"Our only goal while choosing the team is to pick the best eleven who will win the match for SC East Bengal. Everyone in the squad will get opportunity going forward," Diaz said.

Diaz defended his strikers and said they did not get as many chances as they would've liked.

"Our strikers didn't get enough opportunities in the previous match because the team didn't play well enough to create the opportunities," he said.

Diaz, when asked about the strategy SCEB will look to implement, was quite straight-forward.

"We are concentrating on repeating the good things we did in the first match and avoiding the mistakes we committed in the last match," he signed off.