In the last ISL season, East Bengal finished in the ninth position after winning only three out of the 20 matches. Jamshedpur FC settled for the sixth position. 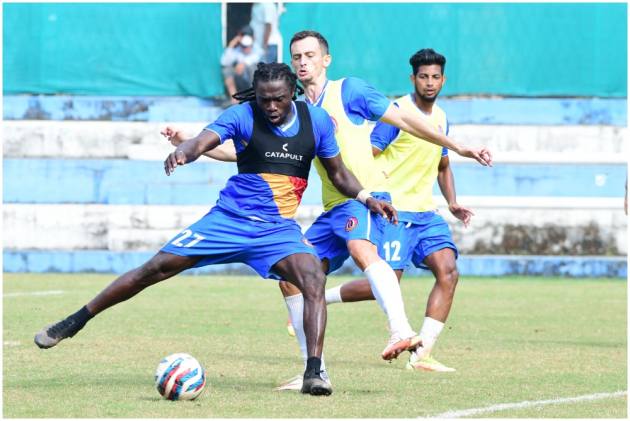 Coming off a disappointing last season, East Bengal and Jamshedpur FC both stressed on the importance of winning the first match as they kick off their campaign in the Indian Super League (ISL) in Vasco on Sunday. (More Football News)

East Bengal will be determined to put the demons of last season behind them, having finished in the ninth position after winning only three out of the 20 matches. Jamshedpur FC settled for the sixth position after seven wins and as many losses in the previous season.

The Red Miners though missed out on a semifinal spot by a margin of only four points. East Bengal have looked exciting in pre-season under coach Jose Manuel Diaz and will be keen to replicate that against Jamshedpur when their season begins at the Tilak Maidan.

He said East Bengal will leave no stone unturned in their effort to bag three points from their opener. “For us, the most important is the first match for gaining confidence,” Diaz said on the eve of the game.

Asked about the Kolkata Derby against ATK Mohun Bagan being the next match, the former Real Madrid Castilla boss said: “We are not thinking about the derby just yet. After the pre-season, we are hopeful of doing well in the first official match.”

Diaz, with assistant coach Angel Puebla Garcia translating for him, added that the team is prepared to adapt to any situation during the game and has a fluid shape. “We can play in different ways going by the squad we have. We can look for different solutions in every match,” he said.

On their opponents, he said: “Jamshedpur FC have been together for some time. The squad does not have too many changes. We have a new team. We know what we need to do and do our best.”

Daniel Chima Chukwu is expected to lead the line for the red and gold brigade, and Diaz said the Nigerian forward should be able to help the team in scoring goals and creating chances.

“We know Chima's skills. He is a very good player. He can help us in getting the goals, also for helping other teammates. But Chima needs the team and Chima will improve his level when the whole team works together.”

Jamshedpur FC, coached by Owen Coyle, finished at sixth place last season with 27 points in 20 matches. Attacking midfielder Greg Stewart, who joined the Red Miners from Scottish champions Rangers FC, will be the one to look out for.

Coyle will also look to the services of forward Jordan Murray and Eli Sabia in attack and defence respectively. Both players have ISL experience and will look to add value to the side. Jamshedpur custodian TP Rehenesh, who performed brilliantly last season will also be the one to watch our for.