Check match and telecast details of the Indian Super League (ISL) 2021-22 football match between Hyderabad FC and NorthEast United. The match is scheduled for December 13 with a 7:30 PM IST kick-off. 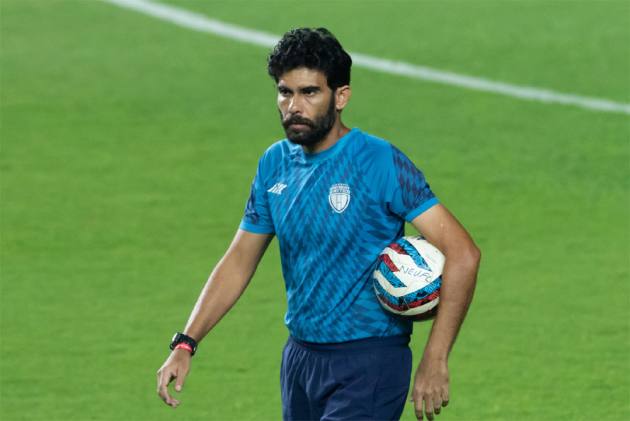 Hyderabad FC will start as favourites against NorthEast United FC when they clash in their first-leg meeting of the Indian Super League (ISL) 2021-22 at the Athletic Stadium, Bambolim, Goa on Monday. (More Football News)

Placed fifth in the ISL points table, Hyderabad got back to winning ways against southern rivals Bengaluru FC, riding an early strike from Bartholomew Ogbeche. The Manolo Marquez-coached outfit have looked balanced so far and against a NorthEast side who were unlucky against Odisha FC in their previous tie, losing 0-1, they would fancy their chances.

The Nizams have looked like a well-oiled machine with the likes of Akash Mishra, Asish Rai, Hitesh Sharma and Nikhil Poojary playing well. Rohit Danu has also given Marquez a dependable option upfront, helping manage Ogbeche's workload with games coming thick and fast.

Ogbeche has scored in three successive games for Hyderabad. If the Nigerian scores against NorthEast United, he will become the second player in Hyderabad history to score in four straight games.

Manolo Marquez said, "I don't agree that NorthEast are not in the best run of form. They played a good game and did not deserve to lose against Odisha. Our game against them will be difficult. Every team can beat each other in this league."

"Three wins in a row for us is not enough. It is still early in the season. You can tell me that we have lost only one in the last 16 games in ISL. But NorthEast have quality. The experienced players need to deliver," he added.

NorthEast United, meanwhile, are languishing at ninth position with just four points to show for from five games. Hyderabad have seven points from four games.

Khalid Jamil's charges have blown hot and cold so far, winning just once and losing five times. The likes of Hernan Santana, Khassa Camara and Deshorn Brown have been excellent but with Federico Gallego now out for the season with an injury, the team has looked out of sorts at times and lacking in balance.

Santana has been a revelation for the Highlanders this season. The midfielder has played in a variety of defensive positions and has impressed in each of them. He has won 2 Hero of the Match awards this season, no player has won as many.

"I am sure our players can bounce back. Our squad members are mentally very strong and we have proved that in past games. Defensively, we have to be very disciplined as Hyderabad won't be an easy outfit to face," assistant coach Alison Kharsyntiew said on the eve of the game.