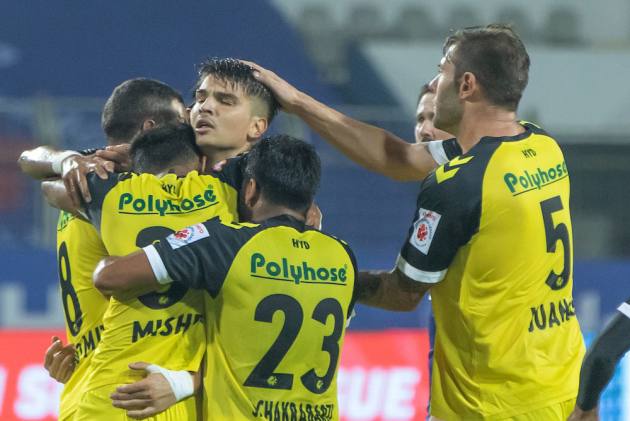 Chennaiyin went ahead through Mohd Sajid Dhot in the 13th minute but could not hold on to their slender lead till halftime as Javier Siverio (45th) continued his scoring spree with a goal on the cusp of halftime.

There were no goals in the second period as Debjit Majumder made a string of saves in Chennaiyin goal and the home side put pressure in six minutes of added time for the winner but in the end, it ended all square.

Stung by the early goal, Hyderabad got their act together and started bossing possession and also creating chances.

Just before half-time Siverio atoned for his miss just a minute before with a calm and composed finish after Asish Rai sent in a delightful cross inside the box for Siviero to leap highest and head the ball in past Debjit Majumder.

Just after the restart, Debjit was forced into making two crucial saves to deny Siverio and Edu Garcia. Both teams made a flurry of chances to get that goal but clear-cut chances were few and far between before Ninthoinganba Meetel's thunderbolt of a shot ricocheted off the bar and his rebound was a meek one.

Chennaiyin upped the ante in the latter stages of the second half with the introduction of Rahim Ali injecting pace. But in the end, Hyderabad held firm to eke out a point.