After the end of round seven, both Kerala Blasters and Jamshedpur FC have 12 points each with equal numbers of wins and defeats. The winners can climb to the second spot in ISL 2021-22 standings. 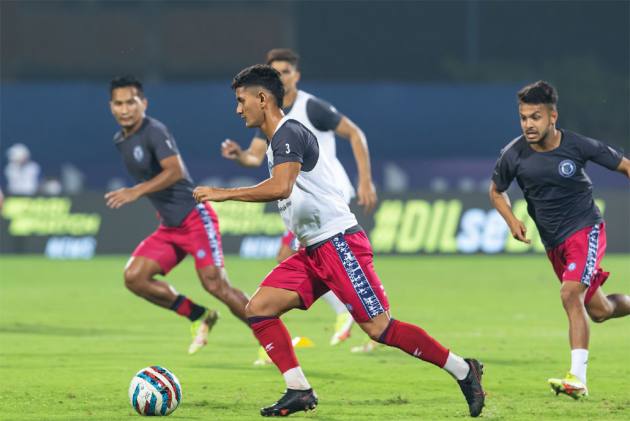 Kerala Blasters will look to remain unscathed and continue their invincible run when they take on an in-form Jamshedpur FC in the Hero Indian Super League in Vasco da Gama on Sunday. (More Football News)

The Boxing Day blockbuster at the Tilak Maidan Stadium will see two sides who are not only in the top four but also in supreme form, riding on some free-scoring attackers and well-oiled defence in the last few matches.

Kerala have been unbeaten in six games while Jamshedpur haven't lost their last two.

Jamshedpur shared the spoils in a 0-0 draw against Bengaluru FC in their previous engagement but the Men of Steel have been prolific in front of goal with Greg Stewart being at the heart of their success.

Kerala have been spectacular so far, putting behind disappointments of previous years with a collection of players who have dazzled, especially in front of the goal. They won 3-0 against Chennaiyin FC in their last game, making light of an obdurate Chennaiyin defence.

Among the players who have risen to the occasion for Kerala is Sahal Abdul Samad, who has been brilliant, scoring in back-to-back games.

Prior to the start of the 2021-22 Hero ISL, the youngster had just one goal to his name. But in seven games this season, he has managed to score thrice, including one each in the last two games.

Luna has been the creative spark in Kerala's attacking arsenal. He has three assists in the league until now, only Ahmed Jahouh (5), Roy Krishna (4) and
Greg Stewart (4) have more.

His passing, vision, and ability to pick out players perfectly is one of the reasons why Kerala look so comfortable in creating chances in open play.

"We have been consistent and the players are working hard. That's how you get better in football," said Kerala head coach Ivan Vukomanovic.

"Our goal this season is to work hard. We finished second from bottom last season, so we need to keep working hard and build on the momentum. In football, it's about momentum and playing game by game."

Kerala have scored 12 goals in their first seven games, including an own goal in the game against Bengaluru FC.

For the first time in its ISL history, the club has scored more than 10 goals after seven opening league games and that is a testament to its teamwork.

Jamshedpur, meanwhile, are sitting third in the table and have the same number of points as Kerala (12). A win will take either team level on points with leaders Mumbai City FC who have a game in hand.

"I'm excited about every game, especially when you are playing a good team like Kerala Blasters. They have an outstanding coach, somebody, apart from his footballing qualities is a nice man," said Jamshedpur coach Owen Coyle.

"I think I have mentioned before, they have wonderful foreigners. They have all played at a very high level. They have got dangerous Indians as well and they are dangerous as a team.

"They work very hard not just individually but as a team. But it's a team we are looking forward to playing."