Khalid Jamil's biggest success story though came at Aizawl FC, guiding the Mizoram club to a stunning I-League triumph in 2017. 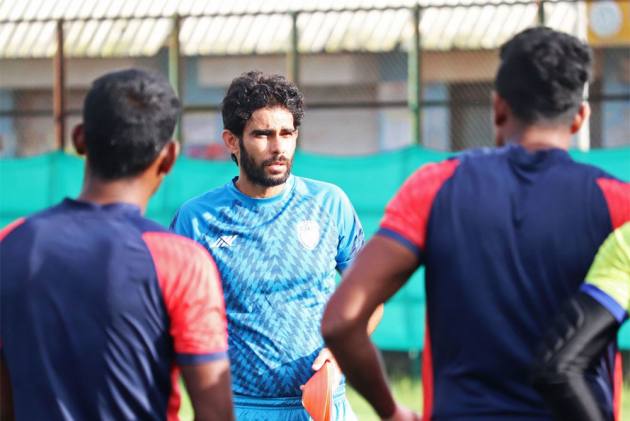 Khalid Jamil has become the first full-time Indian head coach in the history of the Indian Super League with NorthEast United FC offering him the top job ahead of the upcoming season. (More Football News)

Jamil, 44, guided the Highlanders to the semi-finals after taking over in an interim capacity from Gerard Nus last season.

Jamil oversaw a remarkable reversal of fortunes last season as the team, after a spate of defeats, made the last four following an unbeaten nine-match run.

A former midfielder, Jamil is an experienced campaigner in Indian football having coached the likes of Mohun Bagan and East Bengal.

His biggest success story though came at Aizawl FC, guiding the Mizoram club to a stunning I-League triumph in 2017.

He had previously coached Mumbai FC for seven years keeping the club afloat in the top division.

Born in Kuwait to Indian parents, Jamil was a midfielder in his playing days and represented clubs like Mahindra United, Air India and Mumbai FC also had offers from Kolkata heavyweights Mohun Bagan and East Bengal.

He also played quite a few matches for the Indian national team.

Jamil joined NorthEast United FC as an assistant coach ahead of the 2019-20 season.

The Highlanders kick off their next ISL campaign on November 20 against 2018-19 champions Bengaluru FC at the Athletic Stadium in Bambolim, Goa.