East Bengal have failed to win any of their nine games and are languishing at the bottom of the ISL 2021 table with just five points. Mumbai City FC are second with 16 points, same as leaders Hyderabad FC. 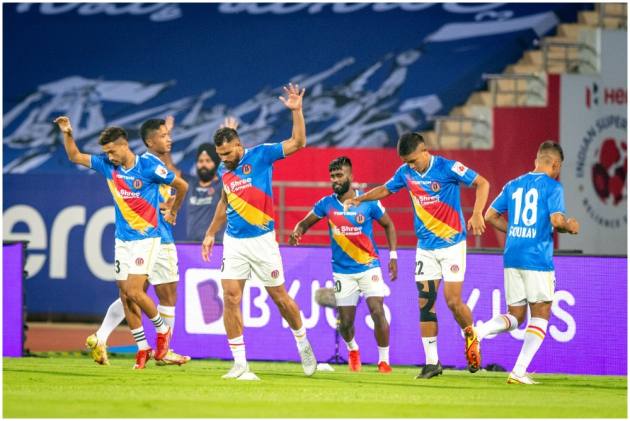 The search for their first win of the campaign still on, East Bengal will look to take confidence from their dogged display in the last game and put it across Mumbai City FC when the two sides meet in the Indian Super League (ISL) 2021-22 on Friday. (More Football News)

The red and golds have had a wretched campaign so far, failing to win any of their nine games and languishing rock-bottom in the points table with just five points. The Kolkata side parted ways with Jose Manuel Diaz before the game against Bengaluru FC and Renedy Singh was named interim coach.

The former India captain oversaw a spirited performance against the Blues but only managed to eke out a point from the fixture, making it two draws in two games for the beleaguered outfit.

Renedy, who has been the assistant coach for East Bengal since last season, drew plaudits for his first-ever assignment as the head coach as East Bengal went ahead in the first half only to throw away the advantage courtesy an own goal.

The defence looked in better shape for the first time this season and Renedy can take heart from the fact that his charges showed a newfound fighting spirit that was missing.

“I was really happy with the way boys fought and defended in the last game. The only question now is when we get the ball, can we play with a little bit more confidence and that is what we all are working on right now.

“Mumbai City is one of the best attacking sides in the league. We have to make the game more difficult for the opponent. If we allow them to play, they can punish us,” Renedy said. At the other end of the spectrum, Mumbai were dethroned from the top of the heap by Hyderabad FC on Wednesday and Des Buckingham's side can only blame themselves for that.

Winless in the last three outings, Mumbai could only pick up one point from them, failing to win their previous fixture against Odisha FC. The goals have kept coming for the reigning champions but it is their rearguard that has not clicked of late.

Mumbai have conceded three goals or more in their last three matches. The Islanders have also dropped 8 points from winning positions this season. Five of those points have been dropped in the last three outings.

“We have made too many mistakes collectively as a team and also individually in the last game. We are looking at it in the context of the nine games as opposed to the last three. Across the nine games, we have played some good football,” Buckingham said.

“Whenever you play a team that has had a change in coach, you see an uplift not only in performance but results as well. We are very aware of it and the threat they pose. But the focus is on us. We need to be more consistent,” added the Briton.