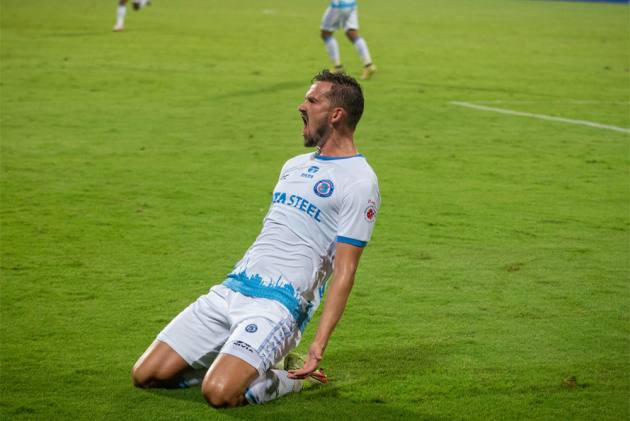 Bolstered by the return of forward Nerijus Valskis, Chennaiyin FC will be eager to build on the winning momentum and break into the top four when they take on FC Goa in the Indian Super League (ISL) 2021-22 in Bambolim on Saturday. (More Football News)

Chennaiyin snapped a two-game losing run to script a win over Jamshedpur FC, riding on luck at times. The former champions were bolstered by return of Valskis from Jamshedpur.

Lithuanian forward Valskis had donned Chennaiyin colours in his first season in India. He scored 15 goals for the club in the 2019-20 season, winning the ISL Golden Boot and reaching the final.

"Valskis will be available and Ariel Borysiuk will skip this game. He is feeling much better so we will see what will happen in the next few days and decide about the game on thirteenth," said head coach Bozidar Bandovic.

Placed sixth in the points table, Chennaiyin have 14 points in their kitty from nine games and with a win on Saturday, they can end the first half of the season inside the top-four.

Chennaiyin have benefited from Vladimir Koman's passing and vision and that was evident in the last game when Koman set up Lukasz Gikiewicz for his winner.

Koman has become the club's midfield orchestrator since his arrival this season.

Apart from scoring twice and setting up once, he has created 15 goalscoring chances, the highest among Chennaiyin players this season.

For FC Goa, their performance against Kerala Blasters showed character and head coach Derrick Pereira can draw a lot of heart from that display.

Goa will depend a lot on midfield lynchpin Edu Bedia who scored a wonderful goal to help the Gaurs draw 2-2 against Kerala Blasters.

He has 10 goals and 12 assists in 79 Hero ISL appearances. What he brings to the Goa team is his ability to control games, dictate the tempo and offer passing options to teammates.

"We have a good side. I think we don't need any more reinforcements. We just need to back our players. We have enough players to go to the next stage of the league," Pereira said when asked if there would be any incoming in the current window to bolster the squad.