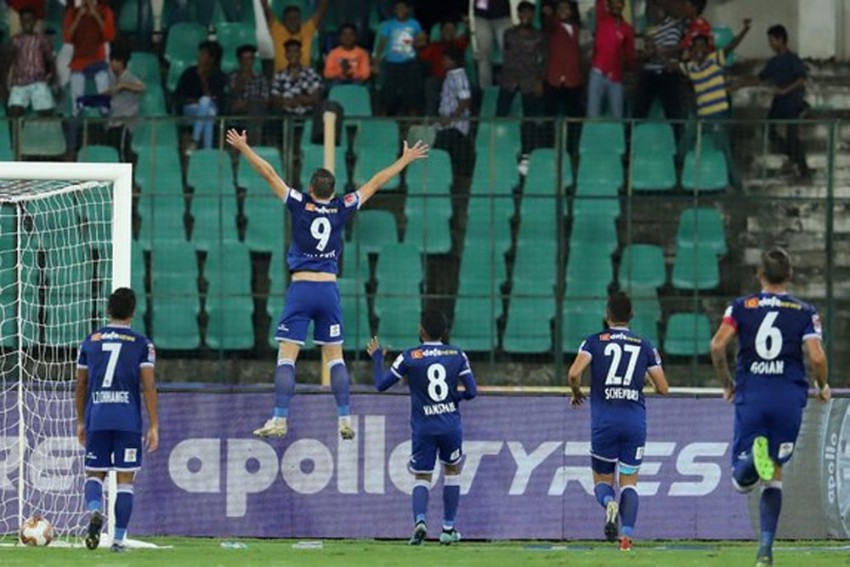 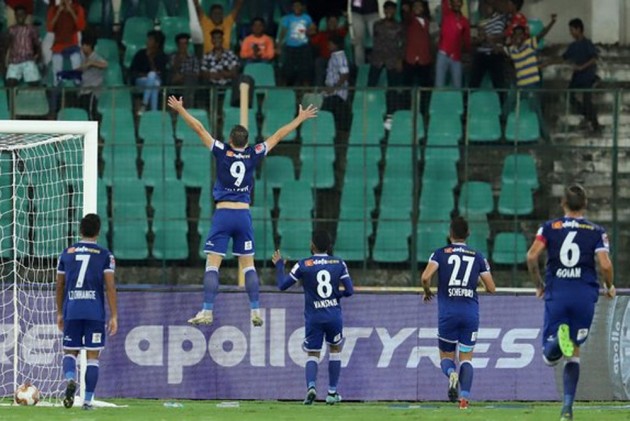 After an action-packed but goalless first-half, Rafael Crivellaro's wonder goal (57') gave Chennaiyin the lead, while Nerijus Valskis' eighth goal of the season sealed the deal for the home side.

The victory saw Chennaiyin rise to sixth in the table and stay in the hunt for a spot in the top-four. NorthEast United, meanwhile, remain in ninth spot and are now winless in seven games.

NorthEast United's new signing Andy Keogh could have given them a dream start in the very first minute when Martin Chaves played him through on goal. But the Irish striker's effort was deflected for a corner by an onrushing Vishal Kaith.

Chennaiyin also should've scored at the other end within minutes when Rafael Crivellaro played in Lallianzuala Chhangte through. He opted to lay it for Nerijus Valskis whose shot hit the crossbar, much to the disbelief of the home crowd.

The home side showed a lot of confidence after that and dominated the opening period, creating plenty of chances, but a goal eluded them.

The pace of the game slowed down after the first 20 minutes and the Highlanders started to see more of the ball. Central defender Mislav Komorski could have headed his side ahead when Keogh picked him out in the box, but his header was kept out on the line by an alert Edwin.

At the other end, Chennaiyin continued to waste chances with Schembri being the guilty party. He headed a corner wide from point-blank range before failing to tap in a ball across the face of the goal from Crivellaro as both sides ended the half without any goal.

NorthEast started the second half with renewed vigour and the Chennaiyin defence had several nervous moments. However, a moment of pure genius from Crivellaro turned the game on its head in the 57th minute. He picked the ball near the half-way line, turned and saw Subhasish Roy Chowdhury off his line. He went on to lash a left-footed effort that flew over the back-tracking NorthEast custodian's head and into the goal.

Two minutes later, Chennaiyin's joy was doubled. Schembri was sent through on goal only to see his shot blocked by Chowdhury. But NorthEast did not clear the ball and it fell to Valskis on the edge of the box. He went on to lash a left-footer into the top corner to send the crowd into raptures.

Live Streaming Of India Vs Australia, 2nd ODI: When And Where To Watch Live Cricket