With this win, Chennaiyin FC moved to sixth place on the Indian Super League (ISL) points table with 18 points while Jamshedpur FC slipped to seventh with 16 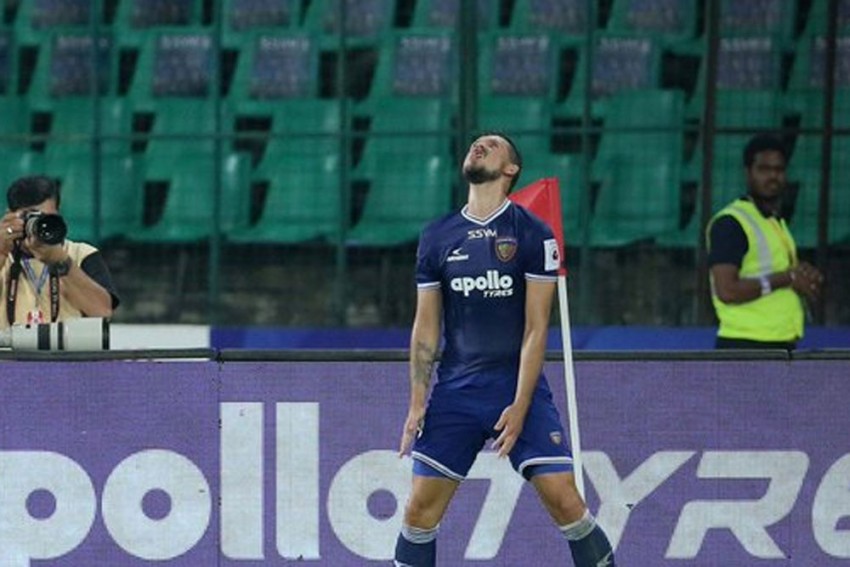 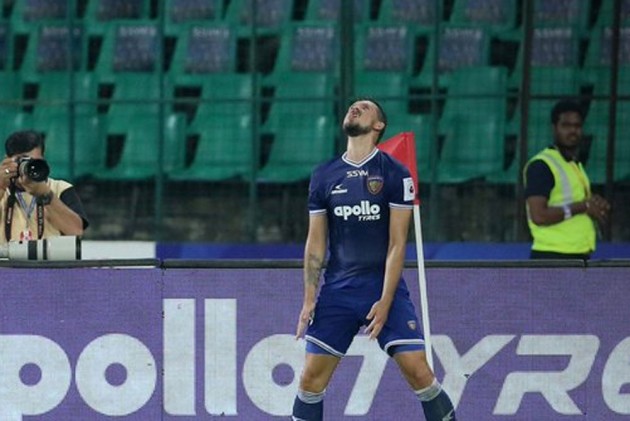 Nerijust Valskis struck twice as Chennaiyin FC hammered Jamshedpur FC 4-1 in an Indian Super League match at Chennai on Thursday to boost its chances of making it to the play-offs.

After leading 2-0 at half-time, the host added two more goals in the second while conceding one as Jamshedpur's star player Sergio Castel scored.

With this win, CFC moved to sixth place on the points table with 18 points while Jamshedpur slipped to seventh with 16.

It was a dominant performance from the two-time champions as they were brilliant from the start.

The Blues scored very early in the game through the prolific Valskis and there was no looking back for the hosts.

They could have added a second soon after but Andre Schembri missed a golden opportunity. He missed another but scored when he got his third opportunity.

Just at the 43rd minute, Schembri converted a corner into a goal.

Jamshedpur FC, on the other hand, were poor in defence and their attack was not great.

They had no shots on target in the first half.

CFC were on the attack and moments after Schembri missed a chance, the Maltese forward capitalised on some poor defending by the Jamshedpur to head one past the custodian to put the home team 2-0 ahead in the 43rd minute.

Earlier, Chennaiyin went into the lead in the 13th minute as Valskis continued with his goal-scoring ways.

He picked up a superb through ball from Schembri and lifted one over the charging goalie Subrata Paul much to the delight of the fans at the Marina arena.

Castel pulled one back for the visitors when he scored in the 71st minute.

However, Chennaiyin hit back almost immediately with Valskis adding one more goal to his tally while Lallianzuala Chhangte too got into the goalscoring sheets.