After representing his home state of Mizoram at the sub-junior level, Hmingthanmawia signed his first professional contract with Aizawl FC in 2016. 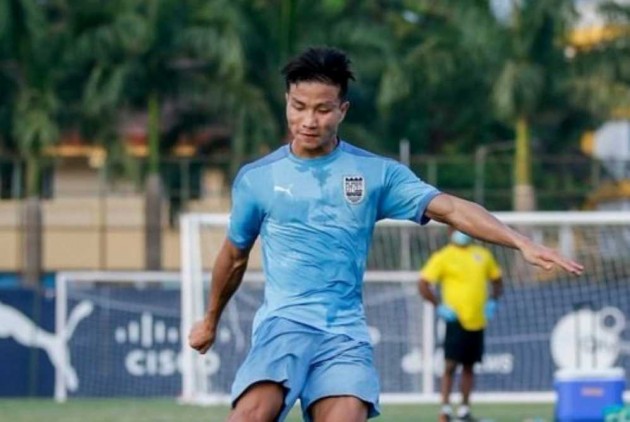 Indian Super League champions Mumbai City FC on Wednesday announced that Hmingthanmawia has agreed to a four-year contract extension, committing his future with the club until May 2025. (More Football News)

After representing his home state of Mizoram at the sub-junior level, Hmingthanmawia signed his first professional contract with Aizawl FC in 2016.

He was roped in by the Islanders ahead of the 2019-20 season, following a strong campaign in the I-league for Aizawl FC.

'Valpuia' made his debut for Mumbai City FC in October 2019 against Odisha FC and made his first start later in the season versus NorthEast United FC.

Having featured in four matches in his debut ISL season, the 21-year-old defender is yet to make his first appearance under Sergio Lobera.

"I feel it's a privilege for a young player like me to have the opportunity to be a part of the best club in India," Hmingthanmawia said.

Head Coach, Sergio Lobera said, "Our focus is not only on winning trophies, but also on improving the level of Indian players and 'Valpuia' is a fine young professional."

"No doubt, he didn't get a game last season, but he has shown us during continuously in training what he can do on a football pitch. He is a very promising talent and has that hunger of doing better every day."