With 10 points from 18 matches, Hyderabad ended their season at the bottom and NorthEast remain ninth with 13 points and a match to go 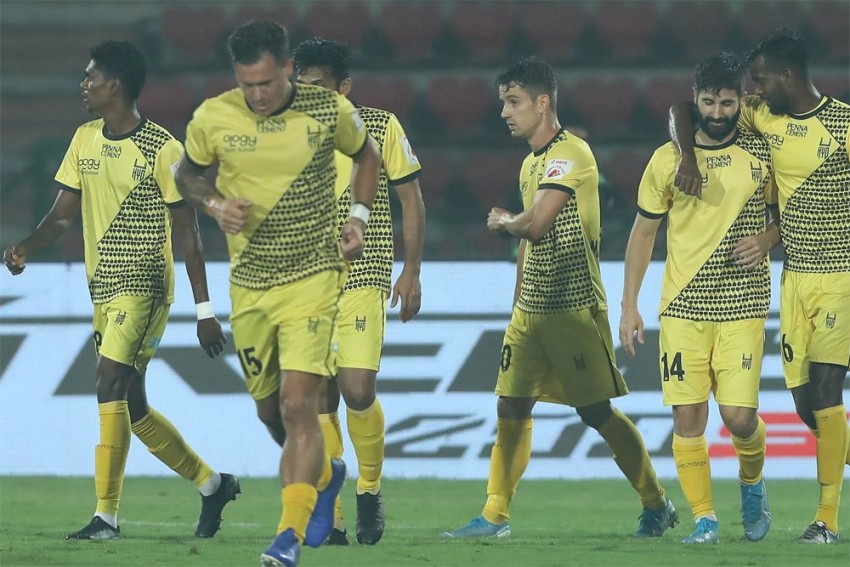 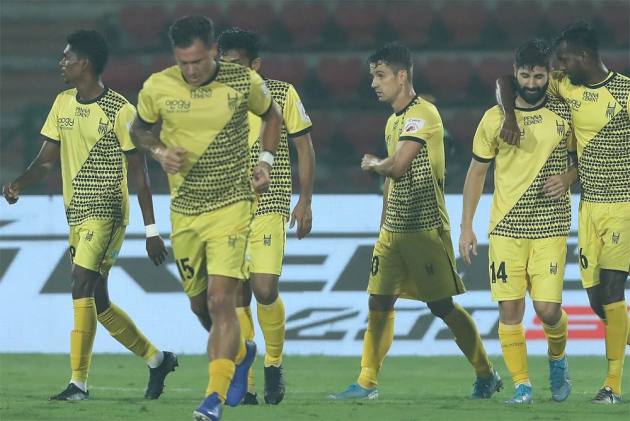 Hyderabad FC brought their Hero Indian Super League season to a conclusion with a thumping 5-1 win against NorthEast United FC at Guwahati on Thursday.

Andrew Keogh's (35th) strike was nothing more than a consolation for NorthEast United at the Indira Gandhi Athletic Stadium.

With 10 points from 18 matches, Hyderabad ended their season at the bottom and NorthEast remain ninth with 13 points and a match to go.

Hyderabad needed three points to avoid being the worst team in the history of ISL and they were out to prove a point right from kick off.

The visitors put pressure on the hosts' defence and the latter succumbed to it in the 12th minute. Nestor Gordillo played Colaco through on goal and goalkeeper Pawan Kumar, who rushed off his line to clear, completely missed the ball and allowed the Hyderabad forward to tap the ball into an empty net.

Hyderabad doubled their lead a minute later and once again it was a defensive error by NorthEast that opened the doors. Marcelinho pounced on a poor backpass by Milan Singh, dribbled into the box and beat the goalkeeper with a simple finish.

NorthEast had their fair share of chances, although not clear-cut. Martin Chaves was at the end of two good chances midway through the half. The Highlanders finally scored after the half an hour mark. Chaves' chipped cross from the left flank was met by Keogh in the centre who converted with a header.

NorthEast's celebrations were cut short when Colaco unleashed a powerful strike that found the net before the break. The Indian forward picked up his second goal of the night as he scored off the rebound after Reagan Singh blocked Gordillo's shot.

NorthEast United's defending went from bad to worse after the restart. Pawan Kumar erred again as Colaco shot from outside the box in the 55th minute. The Indian keeper parried it straight into the path of Yasir who scored his first ISL goal.

Pawan was replaced by Soram Poirei after the hour mark but the pressure didn't die down. Marcelinho threatened with a good run into the box after skipping past his marker with clever footwork but could only hit the side-netting.

Colaco found Stankovic's run in behind with a defence-splitting pass but the midfielder's strike from the edge of the box hit the woodwork before the rebound was cleared by Reagan.

NorthEast's makeshift defence was carved open easily by the Hyderabad attack which ensured that the hosts did not have a way back into the game.

Hyderabad added a fifth goal before the end of ninety minutes when Stankovic's through ball was deflected into the path of Marcelinho by Nim Dorjee. The Brazilian gleefully pounced on it and got the better of Poirei with a good strike.