Laldinpuia joined Aizawl FC in 2020 and played a part in all 14 matches of the I-League season, scoring a goal in the process 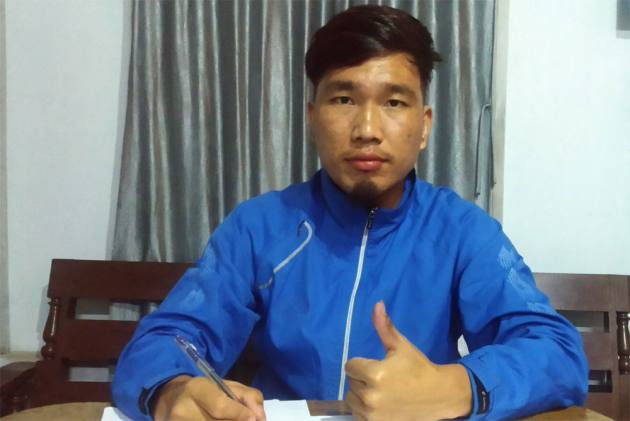 Young defender PC Laldinpuia has signed a three-year deal with Jamshedpur FC after his exploits for Aizawl in a vigorous I-League campaign, the club said on Tuesday. (More Football News)

"I am so glad to be here. Playing in the top league of India one day was my dream and it has finally come true," the 24-year-old Laldinpuia said in a release.

"I thank the club and the head coach for trusting in my abilities. I will give everything in training and on the pitch to help Jamshedpur FC fight for the coveted ISL trophy and bring a smile on the faces of all fans."

Born in Mizoram, Laldinpuia began his career with Mizoram Premier League side Bethlehem Vengthlang before moving to Chhinga Veng.

After the 2018–19 season, he was honored with Best Defender award in the Mizoram Premier League. He also participated with the club during their 2nd Division campaign.

Following good performances in the Mizoram Premier League, he was called up to represent Mizoram in the Santosh Trophy in both 2018 and 2019.

In September 2020, Laldinpuia joined Aizawl FC and played a part in all 14 matches of the I-League season, also scoring a goal in the process.

"We had been tracking Laldinpuia's development since last season itself and he just kept on impressing everyone," Jamshedpur FC Head Coach, Owen Coyle said.

"He will be a solid addition to the squad considering his versatility. He was rock solid with Aizawl and played across the back line in all positions. After watching him closely and having conversations with him, I was convinced that he would develop into a great player for us."

Laldinpuia has been handed squad number 4 for the upcoming season of the ISL and will be joining the squad for the pre-season which is scheduled to begin in the coming weeks.