ISL Live Streaming, FC Goa Vs Mumbai City FC: When And Where To Watch Match 6 Of Indian Super League 2020-21 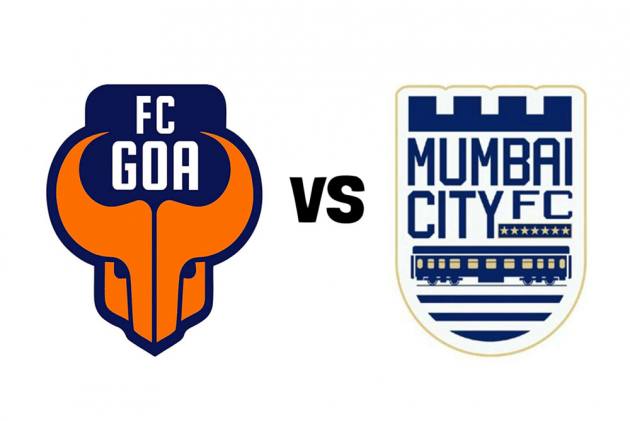 There will be emotions galore as FC Goa face Mumbai City FC in the sixth match of the Indian Super League (ISL) 2020-21 at Fatorda Stadium, Margao, Goa on Wednesday. (More Football News)

Goa, surely one of the title contenders, produced a stunning comeback in their season opener against Bengaluru FC to share the spoils on Sunday. And Juan Ferrando's side will hope for all three points in their second match.

But it will not be an easy task. Mumbai, now managed by Sergio Lobera, will look to start afresh after losing their opener against NorthEast United. Before joining the City Football Group, Lobera spent three years in the Goa camp, shaping the Gaurs as one formidable outfit in the league. Now, he will turn up in different colours, plotting the downfall of his former team. For many Goa fans, it will be hard to see their former manager work for another team.

Last season, Goa topped the points table to claim the League Winners Shield, and the Indian club to directly qualify for the AFC Champions League. But they lost to Chennaiyin FC in the semis, thus ending their pursuit for a maiden ISL title. Now the onus is on their new boss Juan Ferrando to fulfill that dream.

The same goes for Lobera as the Mumbai coach. Mumbai have so far failed to mount any tangible title challenge. They finished a creditable fifth last season, despite returning with a negative goal difference (25 to 29).

Goa have dominated the rivalry, winning seven times in 13 meetings, including ISL's biggest winning margin -- a 7-0 drubbing at Fatorda in 2015. Mumbai have won four times. There were three draws too. Last season, Goa completed a league double, winning 4-2 away and 5-2 at home.

In the first round, ATK Mohun Bagan, NorthEast United, Hyderabad FC and Chennaiyin FC have won their respective games against Kerala Blasters, Mumbai City, Odisha FC and Jamshedpur, while Bengaluru FC and FC Goa played out a draw. The new team, SC East Bengal will make their ISL bow with a massive Kolkata derby against ATK Mohun Bagan.

Here's all you need to know about the FC Goa vs Mumbai City match -- live streaming, TV listing, likely XIs and squads: