ISL Live Streaming, Jamshedpur FC Vs SC East Bengal: When And Where To Watch Match 85 Of Indian Super League 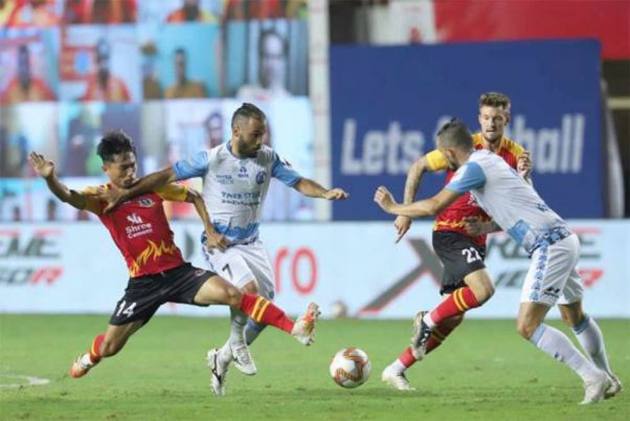 The equation is simple for Jamshedpur FC and Owen Coyle. They are four points away from either of the two playoff spots that they can realistically vie for. And they have five games to make up that gap. The first of those comes when they take on SC East Bengal in the Indian Super League (ISL) at the Fatorda Stadium on Sunday. (More Football News)

After a five-game winless streak threatened their chances of making the playoffs, Jamshedpur managed to get back on track with a win over Odisha FC in their previous game. However, coach Coyle will know that they need to maintain that momentum till the end of the season if they are to finish in the top four.

"The lads have worked so hard. Take each game at a time and try to be positive and win the game — that's what we have to do," said Coyle.

The one thing that Coyle appears to have got going for him is his defence. Jamshedpur have now kept three straight clean sheets, a remarkable turnaround considering they conceded eight goals in their previous three matches. But he will need his attack to find form — the winner against Odisha was Jamshedpur's first goal from open play in four games.

The last time these two teams met, East Bengal frustrated Jamshedpur despite being a man down for most of the game. Coyle knows how good Sunday's opponents can be. "The bottom line is that East Bengal are a very dangerous team," said Coyle. "They have signed a lot of players. By their own standards, they did not perform as well against Bengaluru. So they will be looking to try and win the game and keep themselves in contention. We have to be very respectful of the qualities that they have but also try to impose our qualities. That will be the key to the game."

East Bengal, on the other hand, are in trouble. A loss on Sunday will more or less snuff out their playoff chances. They are winless in five games and they have not scored in three of their last four matches. They will also be missing their suspended head coach Robbie Fowler. But assistant coach Tony Grant defended his team's displays in the league so far.

"I don't think it's been tough on the pitch," he said. "When you analyse everything, the team was only put in the ISL at the last minute. We had a two-week pre-season. I think the team has done tremendously."

"We're one point behind Kerala who've had many years to prepare for this year. All the staff and all the players deserve credit for the fight that they have shown and we will carry on showing that fight," Grant added.

All you need to know about the Jamshedpur FC Vs SC East Bengal match: