ISL Live Streaming, NorthEast United FC Vs Odisha FC: When And Where To Watch Match 93 Of Indian Super League 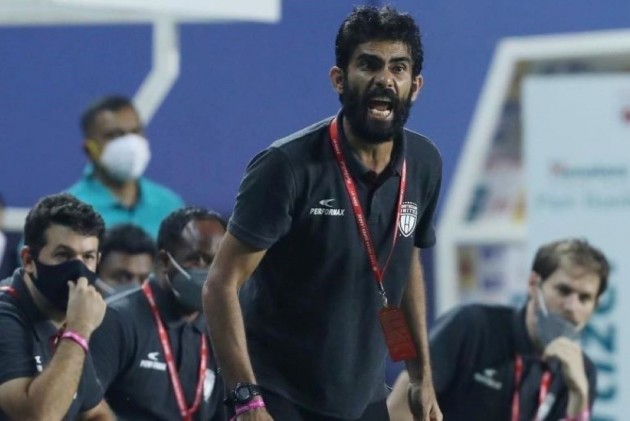 When NorthEast United parted ways with Gerard Nus, their Indian Super League season looked all but over. However, Khalid Jamil has sprung a surprise, dragging his team to the cusp of the playoffs, with a six-game unbeaten run.  (More Football News)

Now, it is up to them to finish that job and enter the final four. A victory against wooden-spooners Odisha FC at the Tilak Maidan Stadium on Sunday will go a long way in helping them achieve that.

A win will not only propel NorthEast into the top four, but it will also anoint them as favourites for a playoff spot. Their last three games are against Chennaiyin FC, SC East Bengal and Kerala Blasters, teams placed eighth, ninth and tenth respectively on the Hero ISL table. Like all those opponents, Odisha too had a season to forget. However, NEUFC coach Khalid Jamil will know that Sunday's opponents are not to be taken lightly.

"They have done very well in the last game against Kerala Blasters. We have to go tomorrow with the right mentality and give our best effort to win the game," said assistant coach Alison Kharsyntiew.

NEUFC received an additional boost when Hyderabad FC, one of the three teams going neck-to-neck in the race for the playoffs dropped points against SC East Bengal in their last game. But Alison believes that they have to finish the job themselves instead of waiting for others to do it for them.

"The main thing is that we don't concentrate on other performances. We have to do our best to get the three points tomorrow. We got there with a very serious attitude, being hungry. Our main objective is to win tomorrow's match," he said.

For Odisha, the remainder of the Hero ISL season will be about restoring some pride. They contributed to that cause in their previous game against Kerala Blasters whom they held to a thrilling 2-2 draw.

"The Blasters game has given us the momentum, because in that game, from start to the finish, we kept going. They overloaded one side and we dealt with it. Then they tried to come through the middle and then the other side, and we dealt with it. Some of our combination play was top-draw," said Odisha interim coach Gerald Peyton.

Peyton was also pleased with how new signing Brad Inman had done since coming in from ATK Mohun Bagan. "I was really pleased for Brad Inman to come in and do things that were needed — playing in little pockets, changing the play at the right time, playing on the diagonal. It gave me a lot of good things," he said.