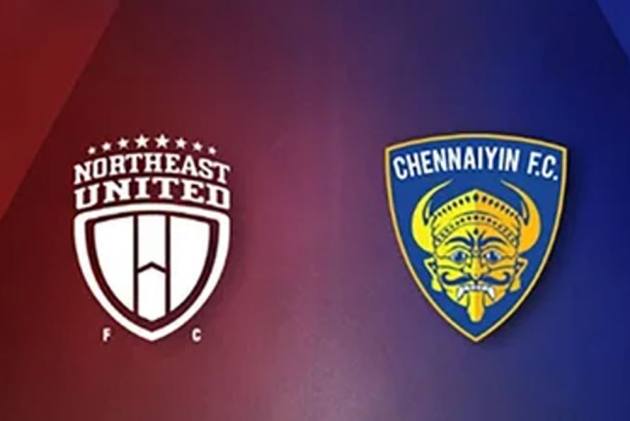 A formidable-looking NorthEast United FC will aim to extend their unbeaten run in the Indian Super League (ISL) Season 7 when they play hosts to Chennaiyin FC at Tilak Maidan Stadium, Goa on Sunday. (More Football News)

The Highlanders, placed third on the ISL 2020-21 table with eight points, have been among the early pacesetters this season. With three two wins and three draws, they are one of the three unbeaten teams alongside Hyderabad FC and Bengaluru FC.

Here are the confirmed staring XIs:

Chennaiyin, after back to back defeats, have only accumulated four points from as many games. But there have been plenty of positives for the two-time winners, who have constantly proved a threat for all their opponents.

Northeast United are the joint-highest scorers so far this season (8). In defense, the Highlanders have also made it difficult for opponents to break them down, keeping two clean sheets.

With NorthEast keen to continue their unbeaten streak and Chennaiyin desperate to bounce back, the stakes will be high in this contest.

NorthEast coach Gerard Nus expects Chennaiyin to bounce back following their defeat to Mumbai City FC, where they remained alive in the game until the final whistle.

"Chennaiyin is going to be a competitive team," said Nus. "We've seen the way they fight. In the last game (against Mumbai City), they didn't get the result but they created chances and were dangerous. We expect a side that is going to come against us with commitment, aggressiveness and intensity. We have to be ready for it," Nus said. "We have to be focused for 90 minutes. This is something we need to do with consistency."

Chennaiyin coach Csaba Laszlo is aware of the threat posed by the Guwahati-based side but despite a few injury concerns, he expects his team to put up a tough challenge.

"NorthEast have had a very good start. They are a stable team. In offense, they have new players who have performed well. Generally, it's a team that can score goals against every opponent. They have been dangerous. We must be prepared for this. At the same time, I believe in my team. We have our own style and strengths, which we want to use against them," Laszlo said.

Head-to-head: This will be their 14th meeting overall, and 13th in the ISL. NorthEast lead the head-to-head record 6-3 in the league. They played out a 2-2 draw in the last meeting. In their lone meeting in Super Cup, Chennaiyin won 2-1.

All you need to know about the NorthEast United vs Chennaiyin FC match: