ISL Live Streaming, Odisha FC Vs ATK Mohun Bagan: Preview, When And Where To Watch Match 84 Of Indian Super League

On the brink, Odisha FC aim to turn over a new leaf against mighty ATK Mohun Bagan. Check match and telecast details 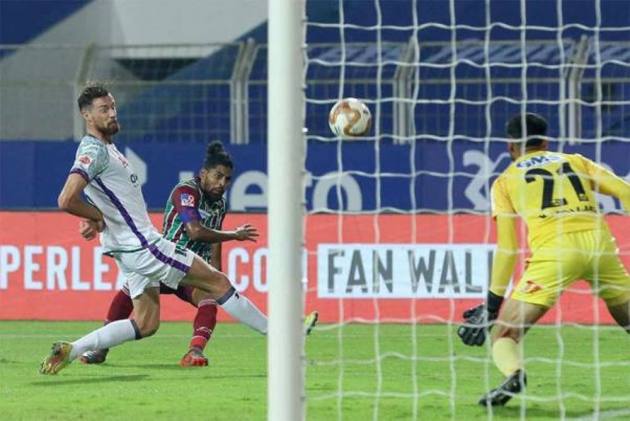 When Odisha FC face ATK Mohun Bagan in the Indian Super League (ISL) 2020-21 at the GMC Stadium, Bambolim on Saturday, it will be nothing less than a final for the Bhubaneswar-based outfit. (More Football News)

Rooted at the bottom of the table after 14 games with just 8 points, Odisha have struggled all season. They have won just one match, the least by a team, besides conceding 21 goals, which is the second-worst record in the league. Their attackers haven't been clinical enough. Barring own goals, Odisha have netted just 11 – joint-least by a team.

And following a winless run of five games, they will know that anything less than a victory against Bagan could prove to be the final nail in the coffin for their playoff hopes.

There will also be additional pressure on the team to deliver after Odisha parted ways with their former head coach and now Gerald Peyton taking charge on an interim basis.

"In the last six games, we're going to show a positive attitude, a determination to win as many games as possible and take the club forward," said Peyton.

"If you look at nearly all the games we've played, we've been a fraction away (from getting results). It's been one goal in every game and finding that combination to go and win games, I'm sure we are going to find that."

Club captain Steven Taylor will remain suspended for the game as Odisha will be desperate for a turnaround; second-placed Bagan will look to close in the gap on leaders Mumbai City FC.

The last time the two teams met earlier this season, a goal from Roy Krishna proved to be the difference despite Odisha carving out multiple opportunities and threatening Bagan. And ATKMB coach Antonio Lopez Habas is aware Odisha will be even hungrier this time, as they prepare for life without Baxter.

"We have to play against Odisha the same way we play against Mumbai," said Habas. "They are in a special situation because the coach is out. Maybe when the team changes or the coach changes, the motivation increases."

The Mariners will be without midfielder Carl McHugh (suspended) and new-signing Lenny Rodrigues, having joined from FC Goa, could be in line to make his debut.

All you need to know about the Odisha FC Vs ATK Mohun Bagan match: