ISL Live Streaming, Odisha FC Vs Mumbai City FC: When And Where To Watch Match 105 Of Indian Super League

Already through to ISL play-offs, Mumbai City need a win against Odisha to qualify for AFC Champions League. Check match and telecast details 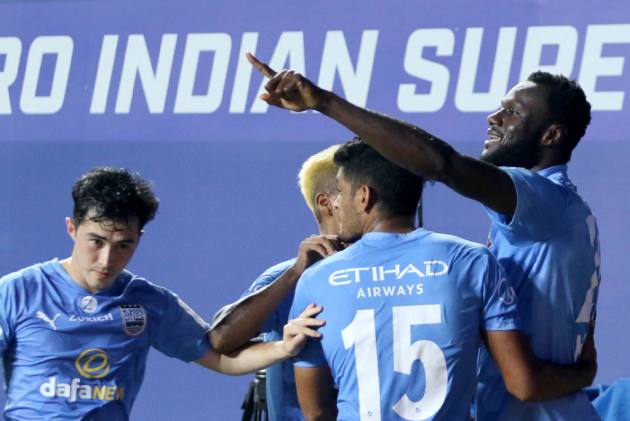 Assured of a play-off berth, title contenders Mumbai City FC need nothing less than a win against bottom-placed Odisha FC in an Indian Super League match in Bambolim, Goa on Wednesday in their bid to seal a place in the AFC Champions League (ACL). (More Football News)

With leaders ATK Mohun Bagan dropping points against Hyderabad, all eyes will be on Sergio Lobera's Mumbai City to see if they can manage a win and take the race for the League Winners Shield to the final day of the season.

Odisha have only pride to play for, but they have a chance to spoil Mumbai City's party. A win for Odisha or a draw will hand ATKMB the prestigious ACL slot for next season as they are on 40 points with just one match left.

A win for Mumbai City will take them to 36 points and they can top the league stage table and win the League Winners Shield if they beat ATKMB in their final match on February 28.

Mumbai City need to shake off the rut that they find themselves in. After being the best team for the most part of the league, the wheels have come off right at the end. Lobera's men have won just one of their last six games and are winless in their last three.

Their previous game saw them crash to a defeat to Jamshedpur FC and Lobera knows that the team needs improvement.

"We need to improve our performance because we want to win this game. Playing like we did in the last game, it is impossible to win the game. The focus is on ourselves and we need to improve at both ends," he said.

"We conceded a lot of chances and also goals. We did not have chances to score and we need to improve there. Hopefully, this is the past now. The most important thing is our present and our future. It was a bad day in office and sometimes this happens. The important thing is to not repeat this," Lobera added.

Former India international Steven Dias, who took charge of Odisha FC from interim manager Gerald Peyton, said his focus will be on the younger players ahead of the clash.

"We have really good young players. I still think that we have a very balanced team. But, we have been so unfortunate. Starting off the season, Thoiba (Singh) and Saurabh (Meher) played in the central midfield but after one or two games even coach Stuart (Baxter) didn't get much chance to put Indian players," he said.

"But, they are very talented. In future, they are going to be very good players but we didn't get many chances to play some of the young players. I am trying my best to give a few young players chance if they can. I personally feel, in one match, you can change your career."

All you need to know about the Odisha FC Vs Mumbai City FC match: