ISL, Semi-Final: ATK Look To Bounce Back In Return Leg Against Bengaluru FC 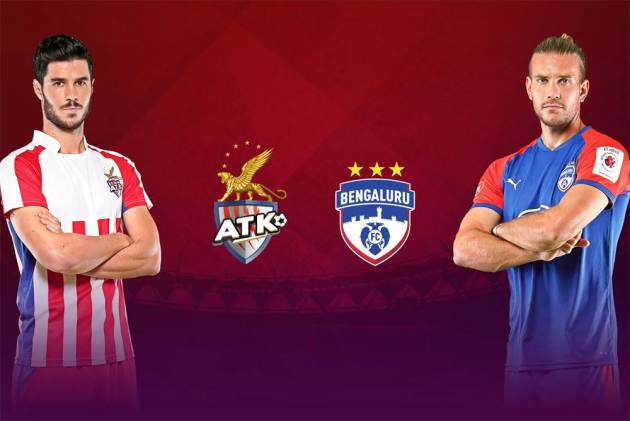 A place in the Indian Super League title clash is at stake as ATK face Bengaluru FC in the return leg semifinal, hoping to overturn a one-goal deficit at Kolkata on Sunday. (More Football News)

A Deshorn Brown strike was the difference when the two sides met at the Kanteerava a week ago, and it will be a fresh start at the Salt Lake Stadium.

BFC coach Carles Cuadrat refused to divulge his tactics while maintaining that qualification to the ISL final remained the key objective.

"It was important to score in the first leg and also not concede, which gives us an advantage going to Kolkata, but we are under no impression that the second leg will pan out in a similar way," the Spaniard said on the eve of their match.

"ATK have a good record at their stadium and they have players in their ranks who can make a difference. I don't want to talk too much about our tactics, but what is clear is that my team will look to get a result that will take us to the final for a third season in a row."

While the hosts have relied on Roy Krishna and David Williams to deliver the goods, Cuadrat's Bengaluru have done well in the three games they have played against ATK so far in this campaign.

"We are expecting a tough game, and it's the most important game for Kolkata in the last three seasons. For us, it's the opportunity to make a third ISL final in that time, and to make sure that the work we did at the Kanteerava last week is enough," Cuadrat said.

Bengaluru will be without defender Nishu Kumar, who was shown a red card for a challenge on Roy Krishna late in the game last week. Fellow defender Albert Serran, too, had his game cut short with a groin injury.

"Nishu, of course, is a big miss because he has been among the consistent performers in the side. He took one for the team, and it's unfortunate that he will not be able to play, but I am confident in the qualities of the other players I have, who can fill in that role.

"Albert is working hard with our medical staff to be ready in time for the game so we will be taking that decision later," said Cuadrat.

While Bengaluru have struggled to maintain consistency on the road, ATK will bank on their form at their home venue, having won six of their nine games here since the start of the season.