The new deal will enable Chhetri, who joined 'the Blues' in 2013, to extend his stay with the club into the 10th season. 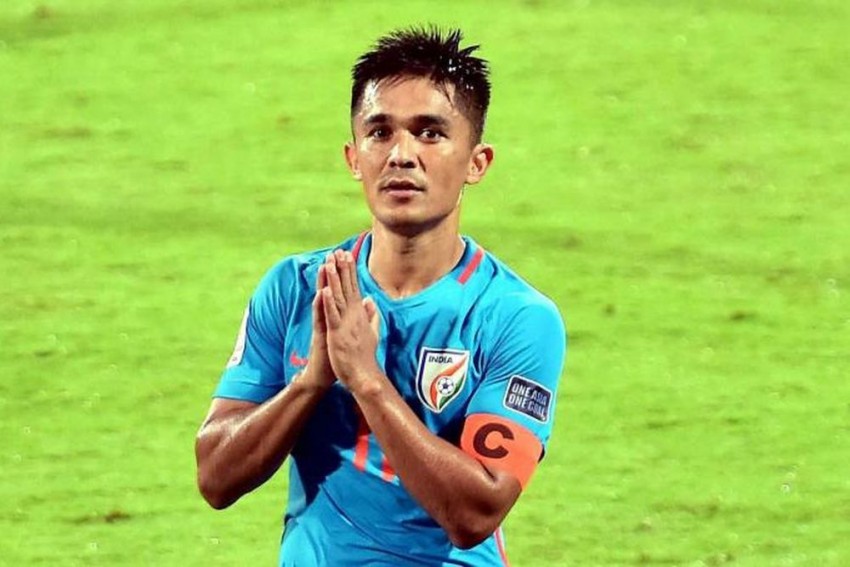 India captain Sunil Chhetri has extended his contract with Bengaluru FC for another two years and will be with the Indian Super League side till 2023. (More Football News)

The new deal will enable Chhetri, who joined 'the Blues' in 2013, to extend his stay with the club into the 10th season.

Chhetri has made 203 appearances for the club, scoring 101 goals in eight seasons. The 36-year-old has led the club since its inception in 2013 and has topped the goal-scoring charts in each of his eight seasons with the Blues.

"I'm really happy to have signed on for two more years at Bengaluru FC. The city is home now, and the people at this club are like family to me. It feels like just yesterday that I signed for the first time here, and I have to say the journey has been nothing short of special," Chhetri said.

"I love this club, the supporters and the city, all three of which I have a strong bond with, and I'm looking forward to being part of many more great moments with them," said the talismanic skipper.

In addition to several other individual awards, Chhetri was named the Asian Football Confederation’s Asian Icon in 2018 and the following year, he was conferred the Padma Shri, India’s fourth highest civilian honour.

Chhetri has played 118 matches for India with 74 international goals to his names, the third highest among active players. Ali  Mabkhout (76 goals) of United Arab Emirates has taken the second spot from Chhetri during the World Cup Qualifiers in Qatar earlier this month.