Antonio Habas, who had guided ATK to the title in the inaugural ISL in 2014, was back at the helm at the start of 2019 following two tumultuous years, which witnessed four coaches with the team finishing ninth and sixth in the standings 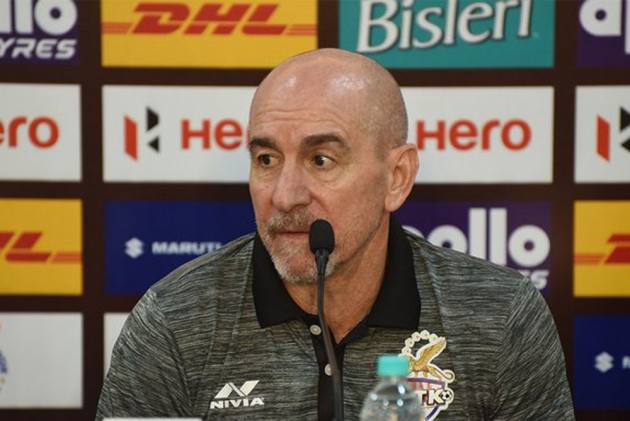 Fresh from winning a record third Indian Super League title, ATK boss Sanjiv Goenka on Sunday announced that Antonio Habas would remain the coach of their team that has merged with the country's oldest club, Mohun Bagan. (More Football News)

The Spaniard, who had guided them to the title in the inaugural ISL in 2014, was back at the helm at the start of 2019 following two tumultuous years, which witnessed four coaches with the team finishing ninth and sixth in the standings.

"Yes (he will be the coach)... I think there's something in the stars. If we work together, we succeed together," Goenka said as ATK celebrated their triumph.

With Habas set to continue, it would mean an end of the road for Kibu Vicuna at Mohun Bagan despite guiding the team to the I-League title with four rounds to spare.

"Vicuna is also a very good coach. Let's see what happens," Goenka said of Vicuna, whose contract is expiring this season.

The Habas-coached side defeated Chennaiyin FC 3-1 in the summit clash in Goa to become the most successful franchise of ISL.

"We are not in a habit of boasting. But we had great players, great coaching outfit. It is difficult to individually list out players. It was an exceptional performance and I express my heartfelt gratitude, appreciation to each and every player.

"Prabir (Das) came back from an injury and made such a huge mark. Roy (Krishna) and Edu (Garcia) were brilliant, Javier (Hernandez) yesterday, what a performance.

"Sumit Rathi, a youngster who cemented his place in the team. Jayesh (Rane) played in a different position. Pritam (Kotal) was extraordinarily matured always. Arindam (Bhattacharya) saved his best for the last two games. I can go on an on. Everyone played their role. We beat the rest."

The merged team will be formed on June 1 and the RPSG Group chairman, who had acquired a majority shareholding of 80 per cent in the century-old club, announced that they have signed Manvir Singh from FC Goa and Subhashis Bose from Mumbai City FC for the next season.

"But as far as we are concerned, the two signings we have confirmed are Manvir Singh and Subhashis Bose. We are happy to have them. We have to build from here. Tomorrow, it (the win) will be past. We have to plan for the future. We got to nurture the young talents."

ATK were in the race for the AFC Champions League slot, but missed out to FC Goa, who topped the standings.

"It is very important. We congratulate FC Goa for getting the AFC Champions League spot. We hoped to get it but they had more points and had played better at that point."

ATK, however, would compete in the AFC Cup as a merged team with Mohun Bagan who have sealed the berth by clinching the I-League title.

"The mission is to become worthy of playing internationally and making a team that can compete effectively and hopefully win there as well."

"We made many mistakes in the last two seasons. We tried to correct that this year and the results are here for everyone to see."

"We hope to reassemble in July but there will be bits and pieces happening now," he concluded.