Besides Saurabh Chaudhary and Manu Bhaker, the other members of the Indian contingent include Abhishek Verma, Yashaswini Deswal, Rahi Sarnobat, Chinki Yadav and Anjum Moudgil. 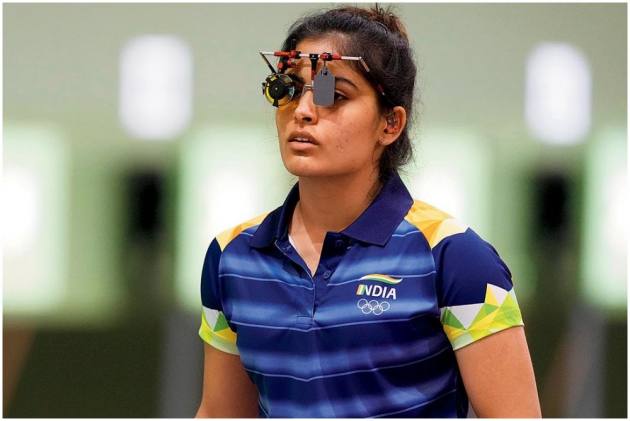 A seven-member Indian contingent, including young guns Saurabh Chaudhary and Manu Bhaker, will compete in its first senior international engagement post the Tokyo Olympics when the ISSF President’s Cup medal rounds begin in Wroclaw, Poland, from Friday. (Other Sports News)

The top 12 athletes in individual rifle and pistol events according to the 2021 world ranking post the Games, have been invited to participate in the event where individual winners will be awarded the Golden Target, the Best Athlete of the Year title.

Besides Chaudhary and Bhaker, Abhishek Verma, Yashaswini Deswal, Rahi Sarnobat, Chinki Yadav and Anjum Moudgil form the Indian contingent, which will be under the tutelage of national coaches Samaresh Jung and Deepali Deshpande.

Aishwary Tomar was also invited but the National Rifle Association of India (NRAI) has surrendered his invitation to the ISSF after he pulled out on fitness grounds on the advice of his coach.

Day one of the competition features the mixed team relays for rifle and pistol where international mixed teams will be formed by the ISSF randomly in accordance with the draw. The tournament's first two finals - 10m air rifle mixed team and 10m air pistol mixed team, are scheduled for Friday.

As far as individual events are concerned, Chaudhary and Verma will represent India in the men's 10m air pistol while Bhaker and Deswal will compete in the corresponding women's event. Anjum Moudgil will be seen in action in the women's 50m rifle 3 positions competition.

In the women's 25m pistol, India will have three competitors in Sarnobat, Bhaker and Yadav. The last one made it as a replacement after one of the top 12 ranked shooters surrendered the invite for the event. The inaugural President's Cup is a rechristened version of the World Cup Finals.

Third-place winners will also get richer by USD 10,000. Every position thereafter right up to the 12th spot will also receive cash awards.