Home  »  Website  »  Sports  »  It Was Like Hitting A Massive Wall, Says Punjab Kings' Jhye Richardson A Day After IPL Auctions

It Was Like Hitting A Massive Wall, Says Punjab Kings' Jhye Richardson A Day After IPL Auctions

Richardson, the leading wicket-taker in the Big Bash League this season, was in quarantine in a Christchurch hotel room for the upcoming T20 International series against New Zealand 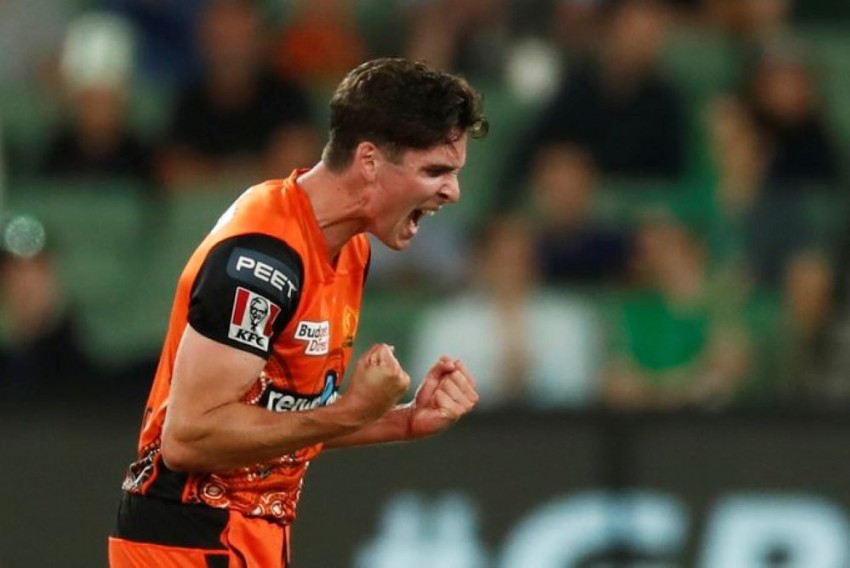 Jhye Richardson was bought for Rs 14 crore by Punjab Kings at the IPL auction.
Courtesy: Twitter (@cricketcomau)
PTI 2021-02-19T13:45:13+05:30 It Was Like Hitting A Massive Wall, Says Punjab Kings' Jhye Richardson A Day After IPL Auctions 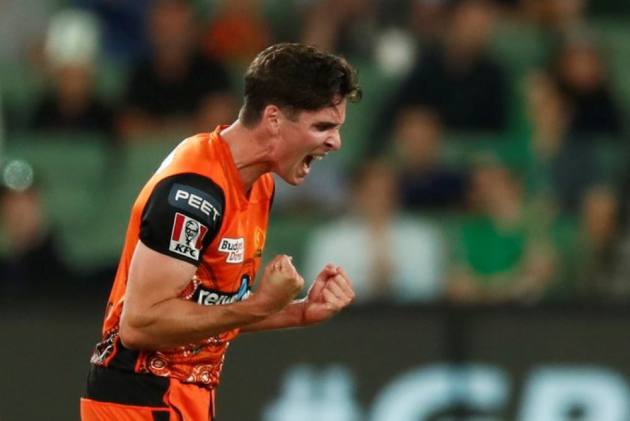 Promising Australia fast bowler Jhye Richardson was left "excited as well as exhausted" after he earned a "life-changing" bid of Rs 14 crore from Punjab Kings at the IPL auction. (More Cricket News)

Richardson, the leading wicket-taker in the Big Bash League this season, was in quarantine in a Christchurch hotel room for the upcoming T20 International series against New Zealand when he tuned into the broadcast of the IPL auction in Chennai on Thursday.

"My name came up and I got this wave of (nausea) just not knowing what to expect. For the first, what to me felt like about 20 minutes, no one put their paddle up and it's one of those things where you're just like, 'Oh no'. You have no idea what's going to happen," Richardson was quoted as satying by 'cricket.com.au'.

"Then the first paddle went up, which was probably (only) like 10 seconds or five seconds (later), but it felt like a lifetime. I feel like I played a game yesterday. I mentally exhausted myself of feeling all these emotions, of feeling sick and excited."

He said emotions took over and he felt as if he had hit a "massive wall".

"The emotions just take over and you forget - you double check (the price he was bought for), you triple check it, you quadruple check it. It took a moment and it's still sinking in at the moment," said the 24-year-old who was bought at nearly 10 times his base price.

"I almost blanked. I was watching it, but I felt like I wasn't actually watching it. After everything happened you're obviously really, really excited but then you just hit this massive wall," said the youngster who has played two Tests, 13 ODIs and nine T20Is since making international debut in 2017.


Having taken eight wickets at 21.12 in an ODI series win in India in 2019, Richardson's skiddy pace could be a major weapon not only for the upcoming IPL, which is expected to begin in April, but also potentially for the T20 World Cup in India later this year.

"The goal for me is to play more Test cricket but whilst I'm not playing in that, what's happening in front of me is the most important thing and for me at the moment, that's T20 cricket," he said.

"Before my shoulder (injury) I had a few variations that I liked to play around with and the Indian wickets suited that. It just creates a new challenge, doesn't it? The Indian wickets over there are so different to Australian wickets.

"From a team perspective we always speak so much about adaptability and how we can change to the conditions - that's really important. It's just another challenge I like to embrace."

The fast bowler will be vying to play his first game for Australia in nearly a year when they emerge from their fortnight of quarantine and begin their T20 series against New Zealand at Hagley Oval on Monday.

"It was pretty late at night for us in New Zealand. I had all these messages coming through on my phone and then I completely crashed."

The huge IPL money is his reward for a fine comeback BBL season with the Perth Scorchers, after Richardson went underwent surgery last year to fix a recurring right shoulder problem that affected his ability to throw.

Richardson initially dislocated the joint when he dived while fielding in a one-dayer against Pakistan in Sharjah in March 2019, ruling him out of the ODI World Cup and Ashes.

IPL 2021 Auction: It Was Nerve-Wracking, My Parents Had Tears Of Joy, Says CSK's Krishnappa Gowtham