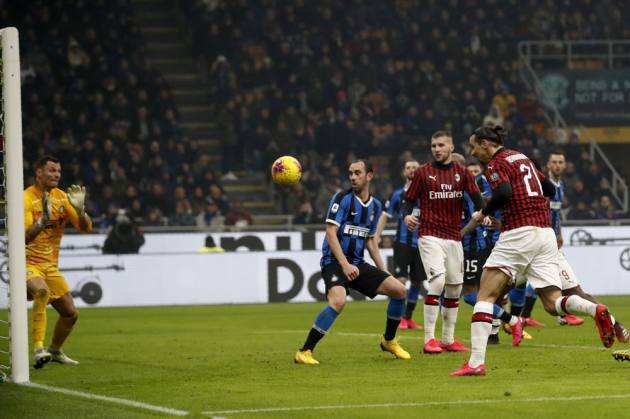 All 20 Serie A clubs on Tuesday voted unanimously to complete the Italian league season, which has been suspended for the past six weeks amid the coronavirus pandemic.

"The Assembly of the Serie A League met this morning and confirmed, with the unanimous vote of all twenty associated clubs in a video conference, the intention to complete the 2019-2020 sports season," Italy's top-flight said in a statement.

It added that any resumption would "take place if the government authorises it and in full compliance with the rules for the protection of health and safety".

The Italian football federation (FIGC) will meet on Wednesday with Sports Minister Vincenzo Spadafora to present the medical protocol established for the resumption of competition.

It would allow players to start training again in small groups and under strict medical supervision from May 4, the date on which the government plans to start easing the lockdown measures imposed in Italy since March 10, to deal with the virus which has killed more than 24,000 in the country.

It is hoped that matches can resume at the very end of May or the beginning of June.

Spadafora warned on Monday that he was "not giving any assurances for the start of the championship or training on May 4".

"I will evaluate very carefully, but this must not create the illusion that resuming training means resuming the championship," he said.

FIGC president Gabriele Gravina said on Friday he hoped club matches could resume "in late May, early June", saying those advocating cancellation of the season "do not like football, or Italians".