UEFA and CONMEBOL are building closer ties as they have teamed up to oppose FIFA's push to stage the men's World Cup every two years, instead of every four years. 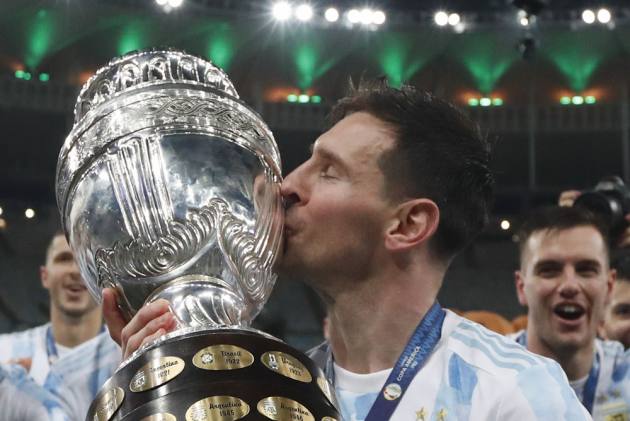 No venue was announced for the “Finalissima” — the first of three inter-continental championships that the two soccer bodies have agreed to stage.

Italy won the European Championship in July. The match was played at Wembley Stadium in London, where there was some of the worst disorder and organizational failures in international soccer in recent years. Thousands of ticketless England fans broke into the stadium to watch their national team play its first major final in 55 years.

When the inter-continental game plan was announced in September, the Diego Armando Maradona Stadium in Napoli was thought to be a likely venue. The late Argentina great had his most famous club seasons at Napoli.

UEFA and CONMEBOL are building closer ties as they have teamed up to oppose FIFA's push to stage the men's World Cup every two years, instead of every four years. They have opened an office together in London, to be formally inaugurated early in the new year.

Their formal working agreement, first signed nearly two years ago, has now been extended through June 2028.