The ICC conducted the ceremony virtually owing to the COVID-19 pandemic. It was attended by, among others, Jacques Kallis' longtime teammate Shaun Pollock and Indian great Sunil Gavaskar 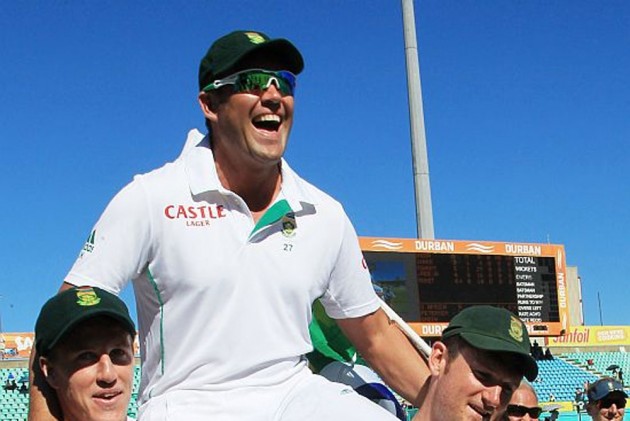 Remarkably, he is the only player to score at least 10,000 runs and take at least 250 wickets in both Test and ODI cricket.

The ICC conducted the ceremony virtually owing to the COVID-19 pandemic. It was attended by, among others, Kallis' longtime teammate Shaun Pollock and Indian great Sunil Gavaskar.

"It is something that I never expected when I started playing. I certainly did not play the game for any accolades or anything like that, I only wanted to win the games for whoever I was playing for," said Kallis in an ICC release.

Kallis is the fourth South African player to be inducted into the Hall of Fame and Abbas the sixth from Pakistan.

Sthalekar is the 27th from Australia and the ninth woman player in the list, which includes five from her country.

In all, 93 players have been inducted so far under the system, which sees retired players become eligible five years after playing their last international match.

Former ICC Cricket Hall of Famers formed the majority of the adjudicating panel with representation from the media, ICC and Federation of International Cricketers’ Association (FICA).

Gavaskar, who himself was inducted into the elite club in 2009, spoke highly of Kallis.

"He is a colossus. The word fits him like a glove. No praise is too high for this colossus. Very well deserved to be in this ICC Hall of Fame," said Gavaskar.

Gavaskar was also all praise for women's cricket great Sthalekar.

"It is good to have another 'Kar' in the ICC Hall of Fame. Well done. You are an inspiration, not just in Australia also in India (as she was born there).

"You have interacted with many cricketers in India including the junior cricketers. You have shown with your feistiness that women can play at the highest level."

"I am deeply humbled to receive this honour. Never in my wildest dreams did I believe that I would ever get to join such an illustrious group of players," she said.

The third cricketer to be feted in the ceremony was Abbas, hailed as the 'Asian Bradman'.

"Absolutely delighted. No one deserves it more than him. Don't know why it took so long but better late than ever. When you saw him bat, even when it was your team's expense, you enjoyed his batting," said Gavaskar

"His class made you enjoy. His hunger for big runs stood out. I am very happy to call him a friend," he added.

Abbas played 78 Tests and 62 ODIs for Pakistan, accumulating 5062 and 2572 runs respectively. He averaged over 40 in both the formats.

The 73-year-old is the only player from Asia to have scored at least a 100 first-class hundreds and the first one to score three successive ODI hundreds.

"I feel privileged and truly humbled to be inducted into the ICC Cricket Hall of Fame of the class of 2020. I am excited to be in the midst of other illustrious cricketers," Abbas said in the ICC statement.