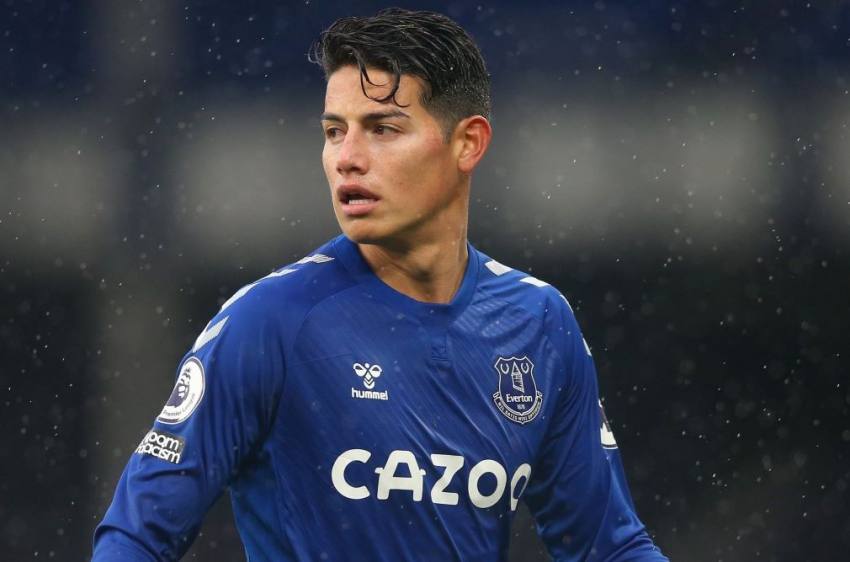 A report suggested James, who joined Everton from Real Madrid in September last year, was unhappy and could consider a switch to Atletico.

But Ancelotti played down that talk ahead of Saturday's Merseyside derby against Liverpool.

"He is okay, he has no problem. I talk to him every day, he is happy here, confident, motivated," the Everton manager told a news conference.

"He had a little problem in the last few games with his calf. But now he is in good condition. He really feels good here because everyone takes care of him, and that's it.

"I don't know if he complains about the weather, but the weather we know that it is not the best weather ever, but there are a lot of things good in this area."

No Everton player has created more chances than his 30, 22 of which have been in open play, or his eight big chances.

Everton are seventh in the table and three points behind sixth-placed Liverpool, although they have a game in hand.