Jamie Vardy was injured in Leicester City's 1-0 win over Liverpool last week in the Premier League 2021-22 and was initially expected to return this month. Leicester coach Brendan Rodgers confirmed his absence. 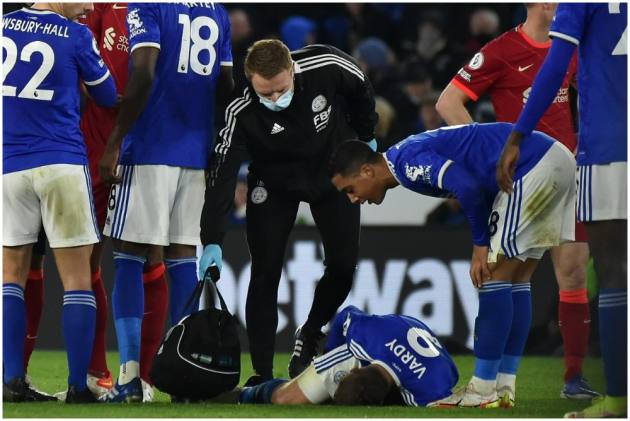 The team’s leading scorer this season was injured in a 1-0 win over Liverpool last week and was initially expected to return this month.

“We're looking at up to eight weeks,” Rodgers said. “His is the higher end of his hamstring. You are looking into March for Jamie. He doesn't need an operation and that was the only good news from it.”

The news was worse for center-back Jonny Evans, who needed surgery on his injured hamstring. The Northern Ireland international will be sidelined until April, Rodgers said. Evans was injured during the 4-0 win over Newcastle on December 12.

Vardy has scored nine goals, third-most in the Premier League 2021-22. His absence leaves Leicester with a striker shortage, as Patson Daka is still recovering from an injury and Kelechi Iheanacho is with Nigeria at the African Cup of Nations.

Rodgers had earlier attributed Vardy's injury to the packed festive schedule and the extra demands placed on players due to COVID-19. FA Cup champion Leicester City host Watford on Saturday in the third round of the competition.