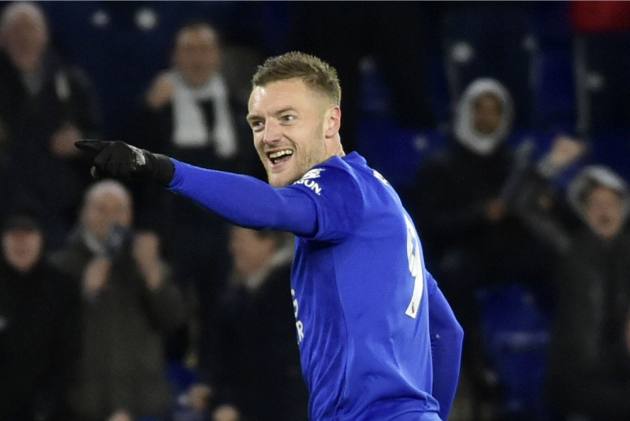 The former England striker has been a revelation since joining the Foxes from Fleetwood Town in 2012, playing a huge part in their 2015-16 Premier League title triumph.

Vardy had just under two years to run on his previous contract, but the 33-year-old has agreed terms to extend his stay at the King Power Stadium by a further season.

"The journey that I've been on with this football club is hard to describe, and although we've accomplished so much together already, I know that I've got so much more to achieve with this team, so it's a special feeling to be able to commit my future to Leicester City once again," Vardy told the club's official website.

"I love playing my football in front of our fans at King Power Stadium and I'm delighted to continue this journey at such an exciting time for the club.

"We've a fantastic team that I believe is capable of getting even better and I can't wait to see what we can achieve together in the next few years."

The story continues #lcfc is delighted to confirm that @Vardy7 has agreed a contract extension with the Foxes to June 2023! pic.twitter.com/LBstXEVNUR

The clinical Vardy was the leading goalscorer in the top flight with 23 in 35 appearances for Brendan Rodgers' side, who finished fifth last season.

Leicester announced his deal just a couple of days after midfielder James Maddison ended speculation over his future by signing a new four-year contract amid reports England left-back Ben Chilwell is set to join Chelsea.