Jermaine Blackwood starred with the bat and Shannon Gabriel took nine wickets in a brilliant win for West Indies. 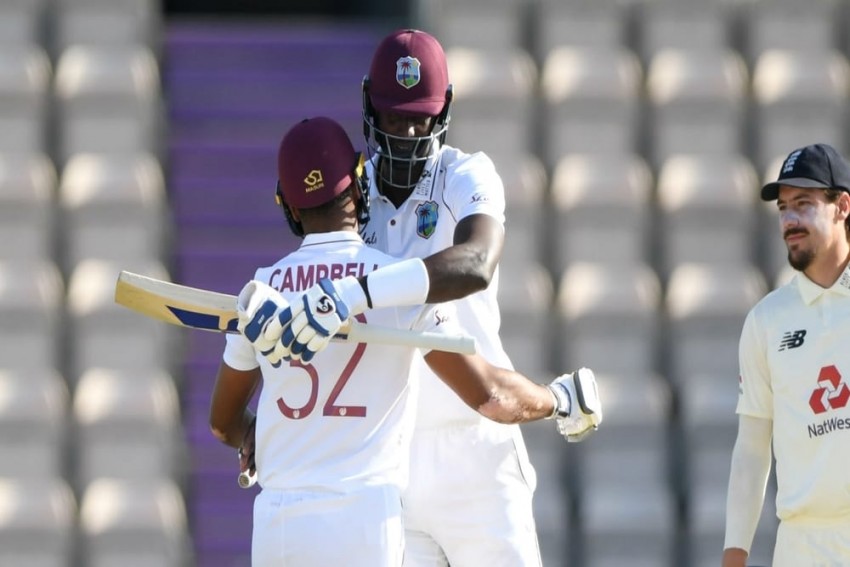 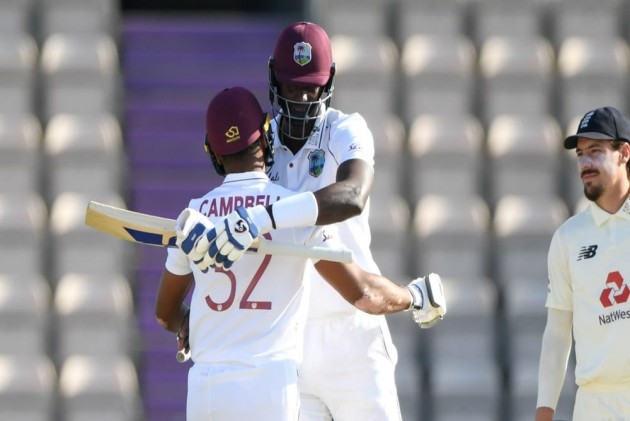 Jason Holder saluted Shannon Gabriel and Jermaine Blackwood after they "led the charge" in a magnificent four-wicket win for West Indies over England in the first Test.

Fit-again quick Gabriel took 5-75 – giving him match figures of 9-137 - to bowl England out for 313 and leave the tourists needing 200 for victory on the final day at the Rose Bowl.

West Indies were in deep trouble on 27-3 with John Campbell having retired hurt due to a toe injury, but Blackwood and Roston Chase (37) put on 73 for the fourth wicket.

Recalled batsman Blackwood fell for a classy and mature 95, but Campbell returned to hit the winning runs on a gripping Sunday behind closed doors in Southampton.

Holder was full of praise for his side after they secured victory in the first international fixture since the coronavirus pandemic brought sport to a halt.

The Windies captain told Test Match Special: "I'm really happy. The boys have worked hard and it's good to see it pay off.

"I'm happy that Gabriel came back well and Blackwood too. They put their hands up and led the charge.

"It was a nerve-wracking start after losing quick three wickets and Campbell to injury. But Roston and Jermaine put on a good partnership and settled the nerves. From there we could build on.

"I missed the Barmy Army. But it was a level playing field without the crowds. It's been a good start back to international cricket, it sets the series up quite nicely."

The second Test begins at the bio-secure bubble of Old Trafford on Thursday, with West Indies eyeing a first series win in England since 1988.