Jasprit Bumrah, Mohammed Shami added 89 runs for the ninth wicket and then led the bowling to bundle out England for 120 setting up a thrilling win 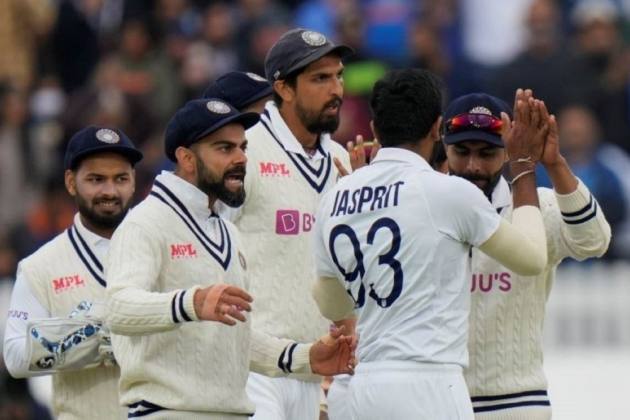 India scripted a 151-run win over England at Lord’s to grab 1-0 lead in the 5-match Test Series and for skipper Virat Kohli the victory is right up there along with other best overseas victory. Highlights | Scorecard | Gallery | News

Applauding the character shown by the team, Kohli said, "Super proud of the whole team. The way we stuck to our plans after being put in.”

"Quite amazing. More than Lord's or anything of that sort.. we are not really bothered about where we are playing," Kohli said.

Kohli also recalled how the loss in 2018 wherein India lost in three days hurt them and the win will go a long way in ensuring that hosts England are under pressure.

Talking about the positives from the Test match, Kohli also heaped praise on openers KL Rahul and Rohit Sharma for setting the tone with a hundred-plus stand on Day 1.

"I am really proud of the team, we have had some amazing overseas wins and this one is right up there just because of the belief and character we showed and that's been the hallmark of our team."

Kohli also revealed that the team was hoping that Rishabh Pant would marshal the team to a good total but the way Shami-Bumrah batted it gave India extra cushion to go for the win.

"…if you have the belief and character, you can take up the chances. Bumrah and Shami were outstanding. What they did completely shifted the momentum towards us," Kohli added. (with inputs from Agencies)