It was Bumrah, who tilted the match in India's favour in the post-lunch session on the final day of the fourth Test, with his two-wicket burst 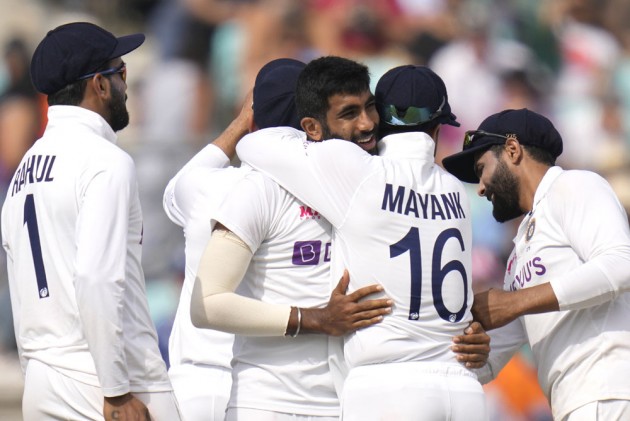 Jasprit Bumrah, one of the chief architects of India's comprehensive win in the fourth Test, on Monday said his team's success lies in the fact that it is a "happy bunch" that lives in 'present' and doesn't focus on negatives.

Bumrah's response came when he was asked if the news of Head Coach Ravi Shastri and other support staff members testing positive in the middle of the Test match affected them in any way.

"We focus on the good things. We want to focus on controllable things and we as a team are bunch of individuals who are very happy and fun-loving people, not always trying to find needles in all the things," Bumrah said during the virtual press conference.

It was Bumrah, who tilted the match in India's favour in the post-lunch session on the final day of the fourth Test, with his two-wicket burst.

Bumrah said the team completely shut the outside noise and was not overtly worried when they were down at 127 for 7 in the first innings.

"We wanted to fight till the end and that's the character we wanted to show and things that are going outside is something that we wanted to address later."

His final figures were 2/27 in 22 overs on a flat deck and the key was building the pressure, said the senior speedster.

"In Test cricket, nothing is easy. Even though it was a very good wicket, you have to bowl in right areas and that's the message you want to communicate. We had decided, even if wicket is on flatter side, we have to create pressure for the longest time.

"We created a lot of pressure in the first hour and we realised that it was a flat wicket and but our job was to not let the game slip away and we are happy to do that."

The IPL and the World T20 are also approaching but Bumrah doesn't want to lose focus on immediate goals.

"When you play a Test match, you don't realise what has been done before or how many overs you have been able to bowl because right now the focus was on doing the job for the team," Bumrah, who has taken 18 wickets in 151 overs so far in this series, said.

"I want to play longest time for my country so I work hard on gym, on my diet and everything I try to control. I train really well and I have got ammunition inside me and when I want to push, I can push hard.

"I am not thinking too far ahead about the IPL or World Cup because then mentally you can be tired. My focus is on the present, concentrating ball by ball and get results in our favour."