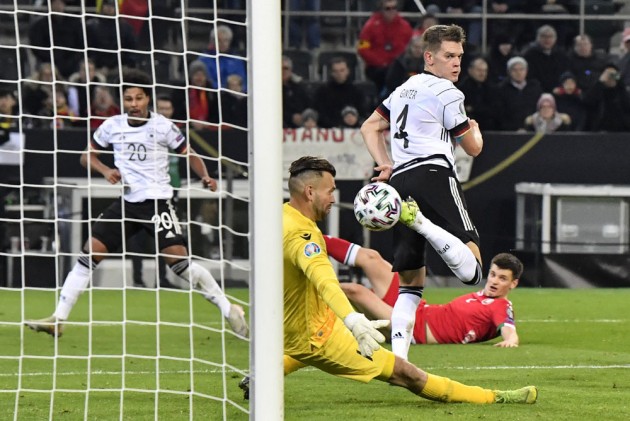 Borussia Monchengladbach star Ginter opened his international account with a deft flick at his club side's home stadium and later set up one of Toni Kroos' two goals.

Still only 25, Ginter is already a veteran of two World Cup campaigns but has taken time to cement a regular spot in Low's plans.

But after six starts in 2019 and with Niklas Sule sidelined by a long-term knee injury, the 29-cap centre-back looks set to be a big part of his nation's Euro 2020 assault.

"A lot of people talked about Matthias Ginter during the week. He's a bit underrated," head coach Low said.

"He's always performed well for the team. I know what to I can expect from him. Ginter is solid and has a very good first ball out of defence.

"He's also improved defensively and is calm and reliable. You know what to expect, which is important for a coach. He doesn't have a lot of ups and downs.

"I'm very happy for him that he scored a goal, and such a beautiful one."

Scored the first, let it through his legs to set up the second, assisted the third...

Leon Goretzka joined Ginter and Kroos on the scoresheet as Germany confirmed their Euro 2020 qualification.

Manuel Neuer did have to keep out a second-half penalty from Igor Stasevich in order to preserve the home side's clean sheet, leaving Low aware of the work that still needs to be done.

"I congratulated the players on securing qualification – that was our main goal," he said.

"The team played really well. They combined well with one another. We were slightly sloppy after our third goal and have to be more clinical."