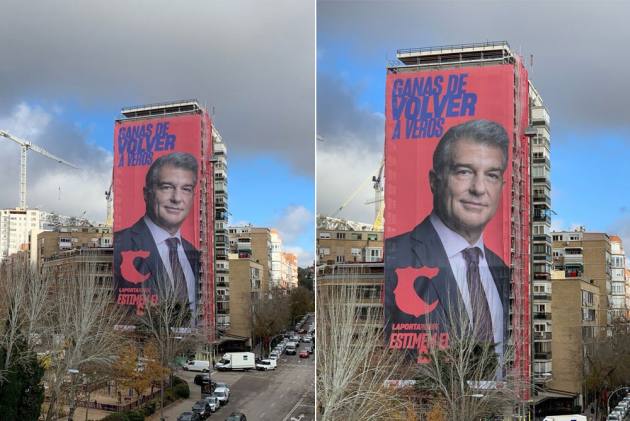 Joan Laporta's campaign to return as Barcelona's president took a theatrical turn on Tuesday when he unveiled a giant poster of himself next to Real Madrid's Santiago Bernabeu stadium. (More Football News)

Laporta posted two images of the poster, placed on a building under construction within view of the stadium of Barca's arch rivals, on his Twitter account with the caption "Hello Madrid".

The poster features an image of Laporta and bears the caption: "Looking forward to seeing you again."

After months of speculation, Laporta confirmed his bid to succeed Josep Maria Bartomeu and return as president of Barcelona in November.

The 58-year-old held the post from 2003 to 2010, overseeing Barca's resurgence as LaLiga's top side and a challenger in Europe.

Bartomeu and the board of directors resigned in October just days before a planned vote of no confidence in the president.