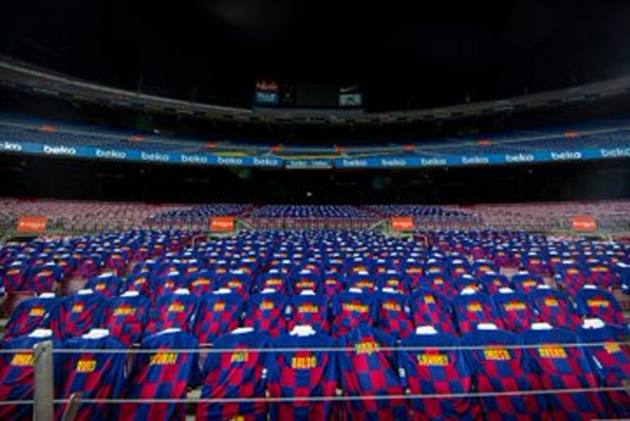 Joan Laporta and Victor Font are among four candidates who look set to do battle for the Barcelona presidency later this month. (More Football News)

Laporta, Font, Toni Freixa and Emili Rousaud all delivered signatures from enough socios on Monday to advance to the election on January 24.

Validation of these signatures will begin on Tuesday, with confirmation of the final candidates announced on Thursday.

Jordi Farre, Xavier Vilajoana, Agusti Benedito, Luis Fernandez Ala and Pere Riera were unable to meet the threshold of 2,257 signatures.

Given the small amount by which he passed the cut-off total, Rousand might yet miss out on the final run-off.

Barca last week ratified January 24 as the date for their presidential election despite calls for it to be postponed amid rising cases of coronavirus.

The region of Catalonia has recently imposed new restrictions in an attempt to slow the spread of COVID-19 infections, with certain rules tightened for 10 days as of January 7.

While that does not interfere with the previously agreed date for the election, there had been increasing clamour for it to be delayed due to fears some members would not be able to vote.

But Barca confirmed on Thursday that the date of January 24 and "all procedures" have been accepted by the local authorities.