Joe Hart Joins Tottenham, Thanks Spurs For 'Seeing Something In' Him After Difficult Spell

Despite arriving on the back of a tough period, Joe Hart believes he can be an asset to Tottenham under Jose Mourinho 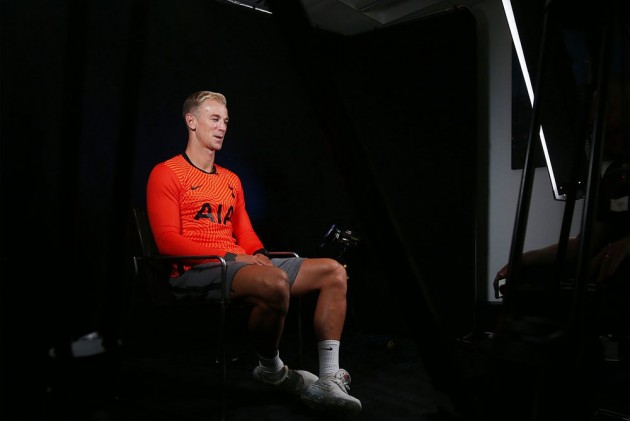 Joe Hart has thanked Tottenham for showing faith in him as he looks to bounce back from what he describes as a "difficult" spell in his career. (More Football News)

The goalkeeper signed a two-year deal with Spurs on Tuesday, joining captain Hugo Lloris and Paulo Gazzaniga as Jose Mourinho's options between the sticks.

Now 33, Hart's career has been on a downward trajectory since Pep Guardiola took over as Manchester City boss in 2016.

He lost his starting spot at City, with whom he won two Premier League titles, having loan spells with Torino and West Ham.

It was hoped a move to Burnley would represent the revival of his fortunes but he lost his place in the team to Nick Pope and did not play a single top-flight game in the 2019-20 season.

Capped 75 times for England, he has not played for his country since 2017, but after a period of reflection Hart insisted he has plenty to offer Tottenham on and off the pitch as he eyes a fresh start.

"I just want to say thank you to the club for seeing something in me," Hart said to Spurs' website after completing his move.

"No getting away from it, it's been a difficult couple of years for me personally on the football field, but I feel I've got so much to give.

"I feel like I've got a lot of quality, a lot in the bank, but not much game time recently.

"[The last couple of years] have been a process, something I've certainly not had to get used to, because I didn't want to ever get used to it.

"But I've lived it, I've worked hard, kept the same standards I've kept throughout my career, right from Shrewsbury Town.

"I can only look at things positively. I’m ready to go. I feel like I’m starting again, and I quite enjoy that feeling. My body is certainly ready for me to start again."

Hart believes the quality of Spurs' squad and the club's infrastructure give him reasons to be ambitious about what can be achieved.

He added: "I love the idea of European football, two games a week - it all excites me.

"You can't help but get excited at this club. Off the field, doing everything right, tremendous training ground, one of the world’s greatest stadiums, some of the best players you can get in football.