Jofra Archer vowed to keep searching for his Cricket World Cup medal on Saturday, and it did not take him long to find the missing prize 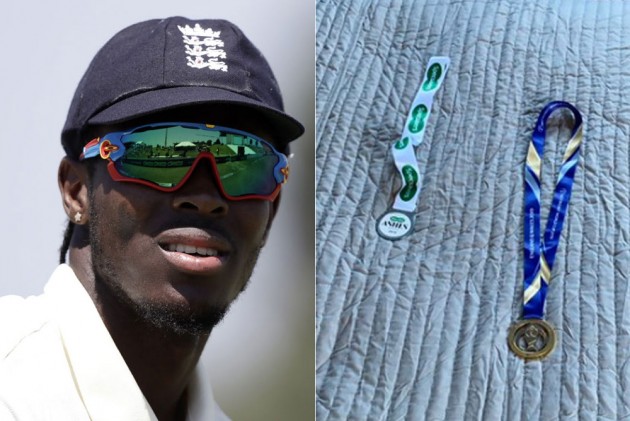 England star Jofra Archer has recovered his Cricket World Cup medal after a week of searching.

Paceman Archer played a huge role in England's success in the tournament on home soil last year, bowling the Super Over in a thrilling final as New Zealand were beaten in dramatic fashion.

However, the 25-year-old, who made his international debut in May 2019, revealed on Saturday he had lost his medal during a house move.

Archer told BBC Radio 5 live: "I've turned the house upside down for over a week and still haven't managed to find it."

Stuck inside in lockdown amid the coronavirus pandemic, though, Archer vowed to keep looking.

And, sure enough, the Sussex ace discovered his prize on Sunday, posting a picture of his World Cup and Ashes medals on his Twitter page.

"Randomly searching the guest bedroom and boom," he wrote.

Prior to the United Kingdom's lockdown, Archer had been ruled out for three months due to a stress fracture in his right elbow.

He has not played for England since the first Test in South Africa in December, taking six wickets in a 107-run defeat.