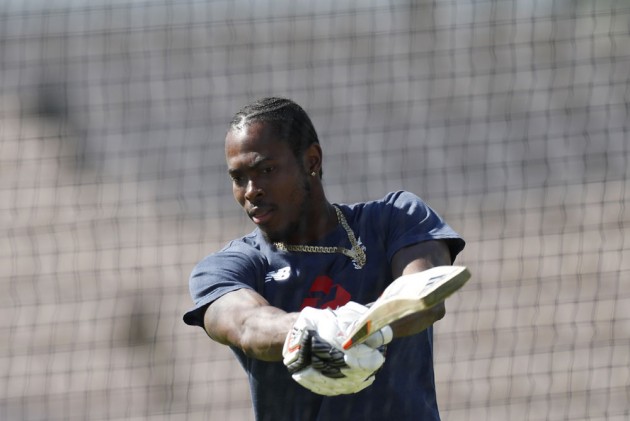 Archer was forced to sit out England's series-tying victory over West Indies in the second Test at Old Trafford after breaking COVID-19 protocols.

The fast bowler made an unauthorised trip to his Brighton home en route from Southampton – where the Windies took a 1-0 lead in the series – to Manchester last week.

After accepting a fine, understood to be in the region of his £15,000 match fee, and a written warning, Archer is available to take part in the series decider that begins on Friday.

In a column for the Daily Mail, the 25-year-old said he had endured an "extremely tough" week in relation to the fallout from actions that forced him to spend five days in isolation in a hotel room – a situation compounded by sickening online abuse.

"Some of the abuse I have taken over the past few days on Instagram has been racist and I have decided that enough is enough," Archer said.

"Since Wilfried Zaha, the Crystal Palace footballer, was abused by a 12-year-old online I drew a line and I will not allow anything to pass, so I have forwarded on my complaints to the ECB and that will go through the correct process."

A statement released by the ECB on Wednesday read: “The racist message was brought to our attention by Jofra Archer last week.

"We are supporting him and we have reported the message through the appropriate channels and authorities."

Archer thanked England captain Joe Root and vice-captain Ben Stokes for supporting him following his indiscretion but conceded he was unsure whether he would be mentally ready to compete in the third Test.

For anyone having a bad day pic.twitter.com/ttTSycHWxN

"I found I was struggling for motivation in the circumstances when it came to returning to bowling in the nets," he said.

"I spoke briefly to the doctor about how I'm feeling and also to Ben Stokes on Monday night.

"Ben tried to advise me on how to deal with being in the spotlight of international sport. He vowed to back me and support me.

"Now, I need to be 100 per cent mentally right so that I can throw myself into my cricket this week.

"There is a series to win, and after the win in the second match it's there for the taking. We have got amazing depth in the squad, especially now no one is injured, so many options and therefore to do justice to myself and the rest of my team-mates I have to be ready when called upon.

"I give 100 per cent every time I go out there and I don't want to go out on the field unless I can guarantee doing that."

Archer has taken 33 wickets at an average of 28.12 in eight Tests, including three five-wicket hauls. Since making his international debut last year, he has claimed 58 wickets in all formats.

Last November, he was racially abused by a spectator when England played New Zealand in Mount Maunganui. A 28-year-old man who admitted to the offence was banned from attending international and domestic cricket matches in New Zealand for two years.

Throughout the three-Test series, which is being played behind closed doors, England and West Indies players are wearing the "Black Lives Matter" logo on their kits.