Jofra Archer will be reassessed in a month following surgery on a persistent elbow injury as he begins "intensive rehabilitation period" after surgery. 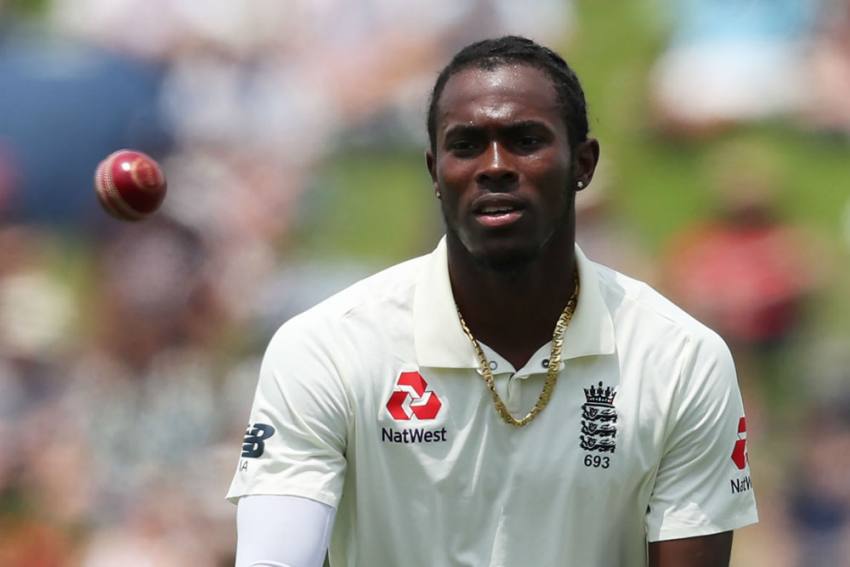 Jofra Archer will be reassessed in a month following surgery on a persistent elbow injury as England wait to find out when the pace bowler will return amid a busy international schedule. (More Cricket News)

Following a review by a consultant, the 26-year-old underwent an operation on Friday to try to resolve the long-standing issue that had already ruled him out of the upcoming two-Test series against New Zealand.

Archer – who had an operation on a hand injury earlier this year – had attempted to make a return to action in domestic cricket for Sussex recently, only to suffer a further setback. He claimed figures of 2-29 and 1-14 against Kent but was unable to bowl during the final two days of the County Championship fixture at Hove.

The England and Wales Cricket Board (ECB) has revealed Archer, who missed out on playing for Rajasthan Royals' in IPL 2021, will undertake an "intensive rehabilitation period" before a further examination of the elbow, at which point further guidance will be offered over a potential comeback date.

"Archer will now commence an intensive rehabilitation period working with the ECB and Sussex medical teams," a statement from the ECB said.

"His progress will be reviewed by his consultant in approximately four weeks, at which point further guidance will be provided as to when he can return to bowling."

After facing New Zealand at Lord's and Edgbaston in June, England are to host Sri Lanka and Pakistan for limited-overs games, followed by a five-Test series against India, starting at Trent Bridge on August 4.

There is a Twenty20 World Cup to come later in the year, too, as well as an Ashes tour to Australia.

Archer has taken 42 wickets at an average of 31.04 in 13 Test appearances for Joe Root's side, while he is a key member of England's white-ball squads under the captaincy of Eoin Morgan.