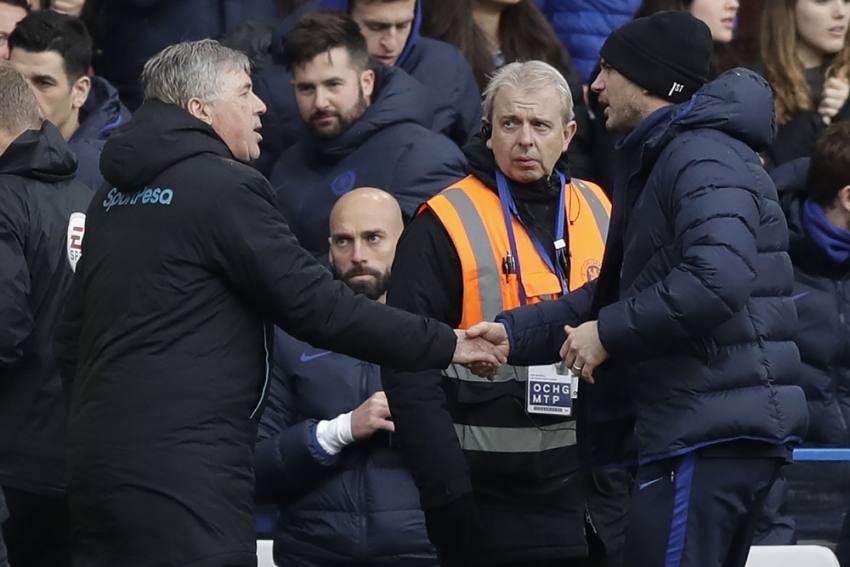 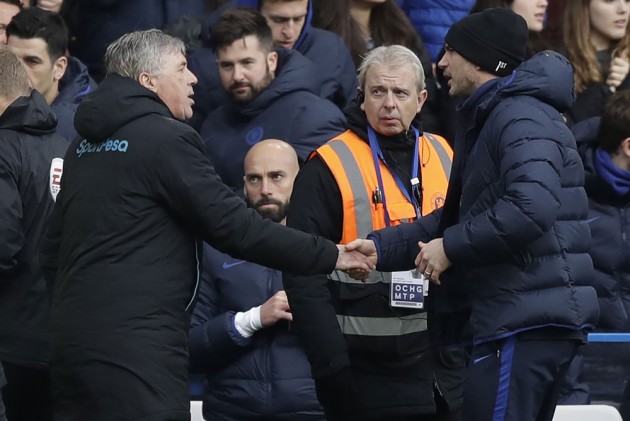 Lampard, who like Terry played under Ancelotti when he was in charge of the Blues between 2009 and 2011, has won praise for his stewardship of a young Chelsea squad this season.

Fellow club legend Terry, presently assistant manager Aston Villa, has also been backed to deliver in a top job by the Italian.

Asked about the success of Lampard, Ancelotti told Sky Sports: "I'm not surprised because as a player, Frank had fantastic tactical qualities.

"Of course, Frank is doing really well at Chelsea. I'm waiting now for Terry as a manager.

"Now he is an assistant, but I think they both have the qualities to be a good manager."

Ancelotti feels it is easy to forget the quality of the team he had at Chelsea, with his side earning the club's maiden Premier League and FA Cup double in his first year at the helm.

"The second year was more difficult, but the first year was really fantastic," said Ancelotti, now in charge of Everton.

"The club had the goal for the Champions League, but the fact that in the first year we won the Premier League and the FA Cup was really important and really exciting.

"Drogba was fantastic. In the first year, he scored 36 goals but to mention Drogba means to forget [Nicolas] Anelka, for example.

"[We had Florent] Malouda, Joe Cole, [Salomon] Kalou, Michael Ballack in the middle, [Michael] Essien, Deco and at the back, Alex, [Branislav] Ivanovic, Ashley Cole.

"So the team really, really was a fantastic team. When I arrived, the team was there, I didn't build the team, so I was really excited to train these kinds of players with this kind of power.

"Imagine when you needed to prepare set-pieces, you had John Terry, Alex, Drogba, Ballack to jump so it was not so difficult to score on set-pieces."