England pair Jordan Henderson and Raheem Sterling are carrying knocks and have been sent back to Liverpool and Manchester City respectively. 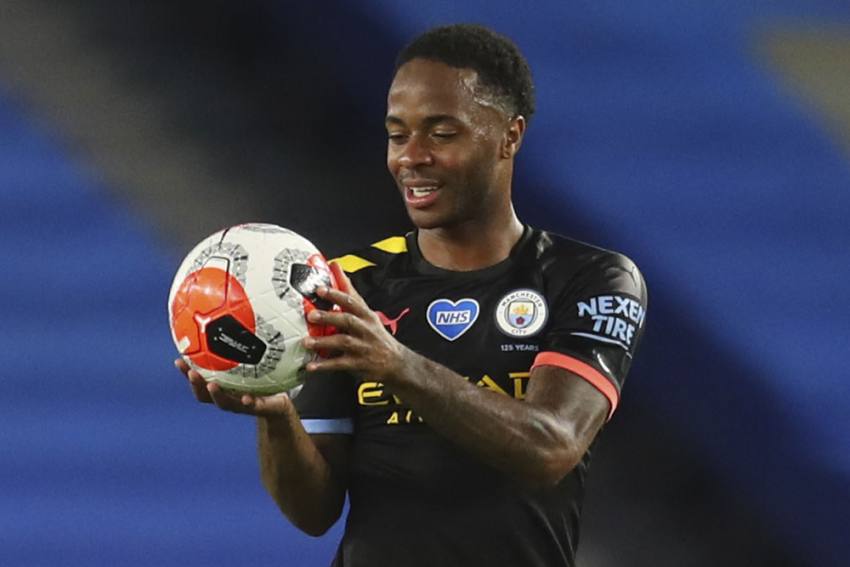 Manchester City attacker Raheem Sterling played no part against Belgium because of a 'small niggle' picked up in training.
Pool via AP
Omnisport 2020-11-17T13:18:32+05:30 Jordan Henderson And Raheem Sterling Withdraw From England Squad Through Injury

Injured duo Jordan Henderson and Raheem Sterling have returned to their respective clubs to undergo further assessment after withdrawing from the England squad. (More Football News)

Liverpool captain Henderson was replaced in the second half of England's 2-0 loss to Belgium on Sunday with what boss Gareth Southgate described as "a bit of tightness".

Manchester City attacker Sterling played no part against Belgium because of a "small niggle" picked up in training.

Both players have been ruled out of Wednesday's Nations League clash with Iceland and Southgate has decided against calling up any replacements.

2 - England have lost back-to-back competitive internationals for the first time since losing three in a row from July to September 2018, a run that also included a defeat to Belgium. Levels. pic.twitter.com/y9znDqAzb2

"The pair have returned to their respective clubs for further assessment. Gareth Southgate will continue his preparations for Wednesday with a 22-man squad."

Ben Chilwell also left the field early against Belgium with a back problem but remains part of Southgate's squad for the Iceland match at Wembley.

England can no longer finish top of Group A2 with one game to play and are safe from relegation, leaving them in a direct battle for second with Denmark, who are three points better off and could still qualify for the Finals with a win over Belgium.

Tour Of Australia: Will Pucovski Feels Has Earned The Right To Be In Test Squad